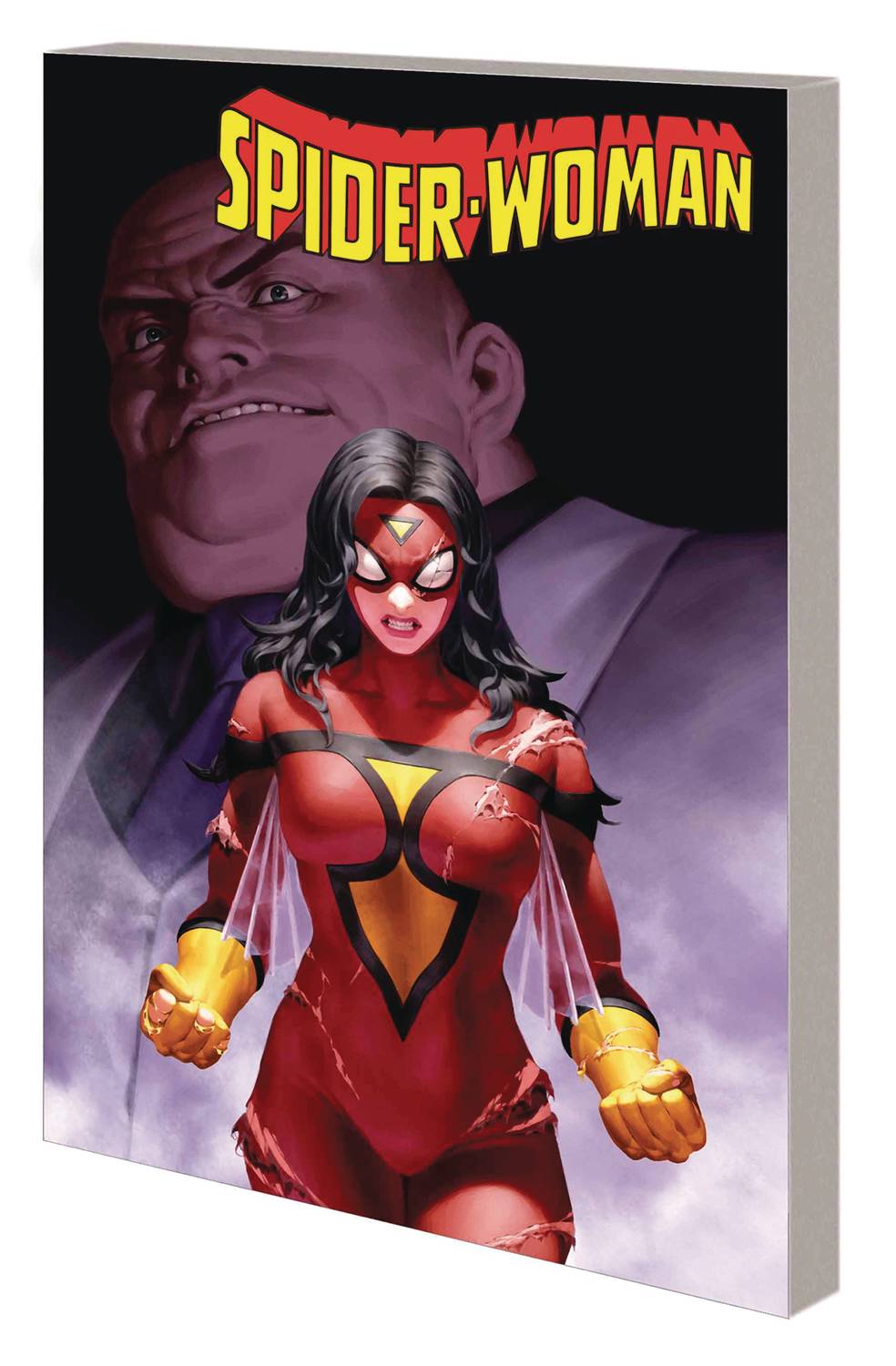 #
JAN221048
(W) Karla Pacheco (A) Pere Perez (CA) Jung-Geun Yoon
Lights! Cameras! Action! Jess is still recovering from her epic showdown with her brother, Aeternum, when she decides to visit her old friend, stuntLindsay McCabe, on the set of her newest film project. But wait - those assassins aren't in the movie! And they're after Lindsay?! Get ready for your close-up, Jess! Then, when New York Mayor Wilson Fisk starts purging "costumed vigilantes" from his city, you can bet Spider-Woman is on his
list! The Kingpin will do anything to bring her down - including going after her loved ones. It's all on the line for Jessica Drew when Fisk unleashes his insidious endgame! But why is Spider-Woman fighting...Spider-Woman?! And what's worse than Spider-Man's Sinister Six? How about Jess' awful assemblage of adversaries: the Anti-Arachnine! Collecting SPIDER-WOMAN (2020) #17-21.