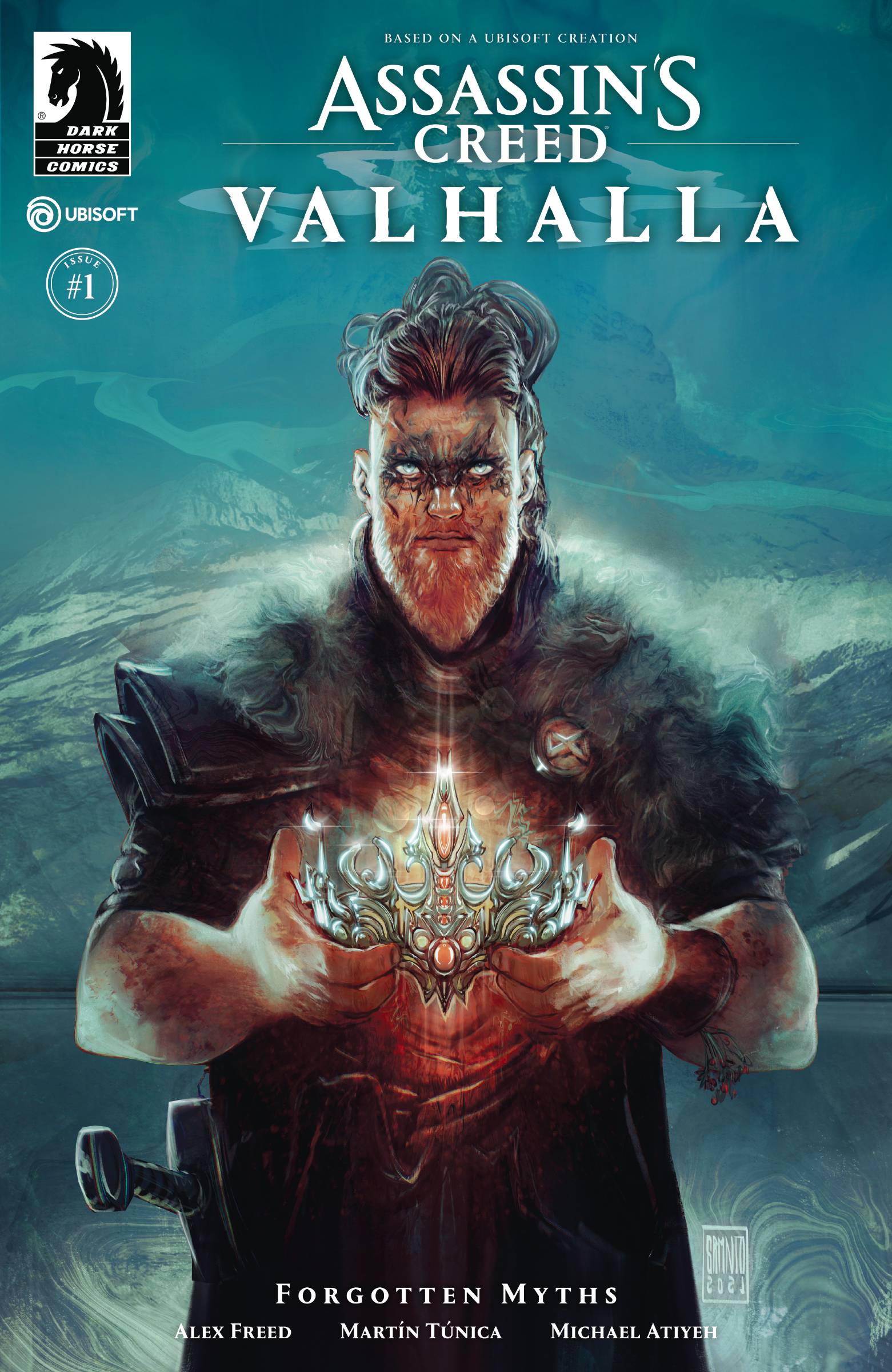 #
JAN220343
(W) Alexander Freed (A) Martin Tunica (CA) Rafael Sarmento
In this prequel to Assassin's Creed Valhalla: Dawn of Ragnarök, follow Baldr, the valiant son of Odin, on his quest to forge a lasting peace among the realms.

Thor, Baldr, and Heimdall have discovered trouble lurking at Asgard's borders once again. A mighty fire giant from Muspelheim is threatening the land of the sir. In the aftermath of the raging battle, Baldr discovers that the Muspels are now massing at the gates of Svartalfheim and begins a journey to bring peace to the realms.