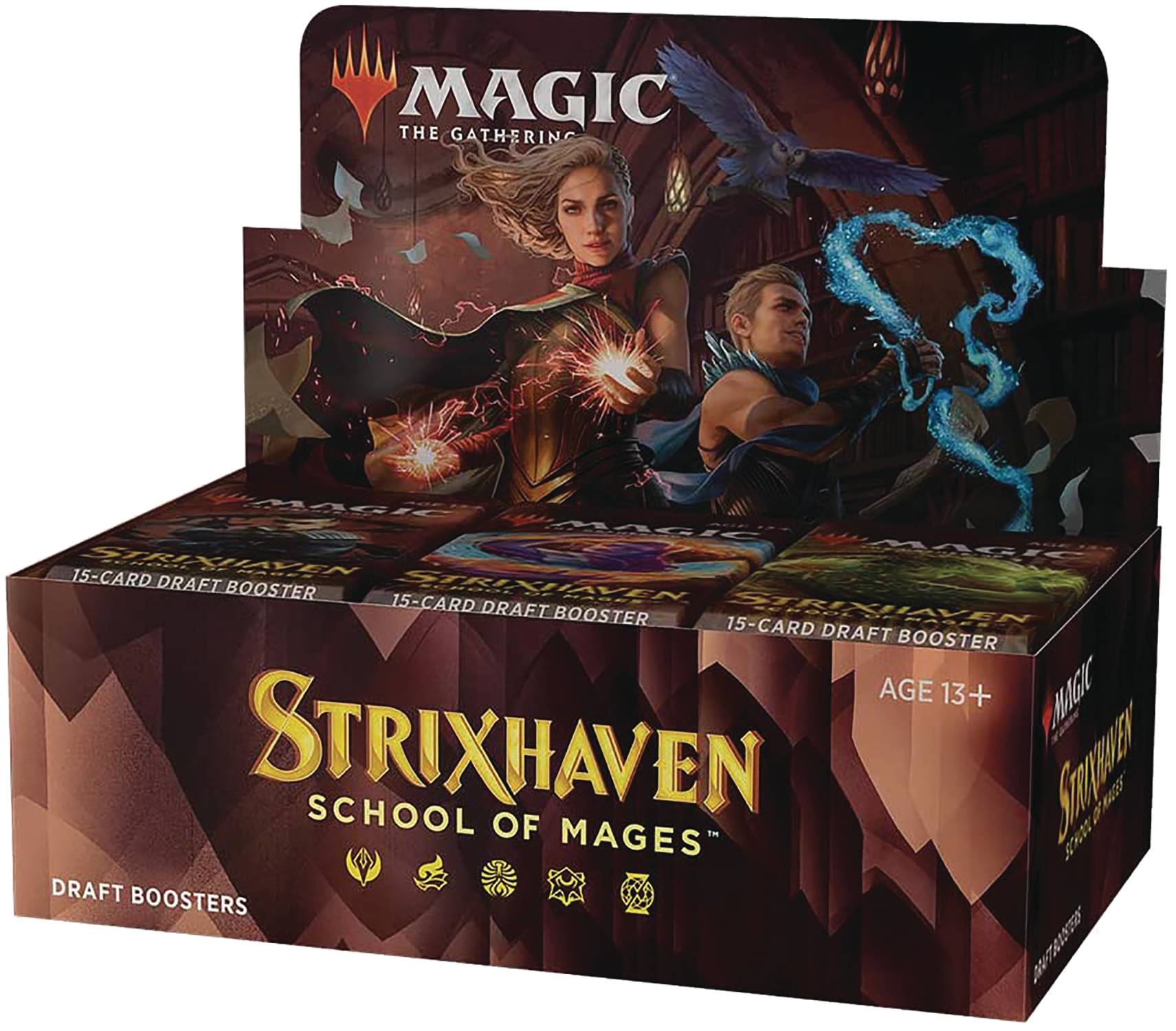 #
JAN218636
From Wizards of the Coast. Join the battle between five elite colleges with their own takes on magic in Magic the Gathering's new expansion, Strixhaven, School of Mages. Draft playing into your decks with the Draft Boosters, build decks with the Set Boosters and Theme Boosters, get started with the Commander Decks.