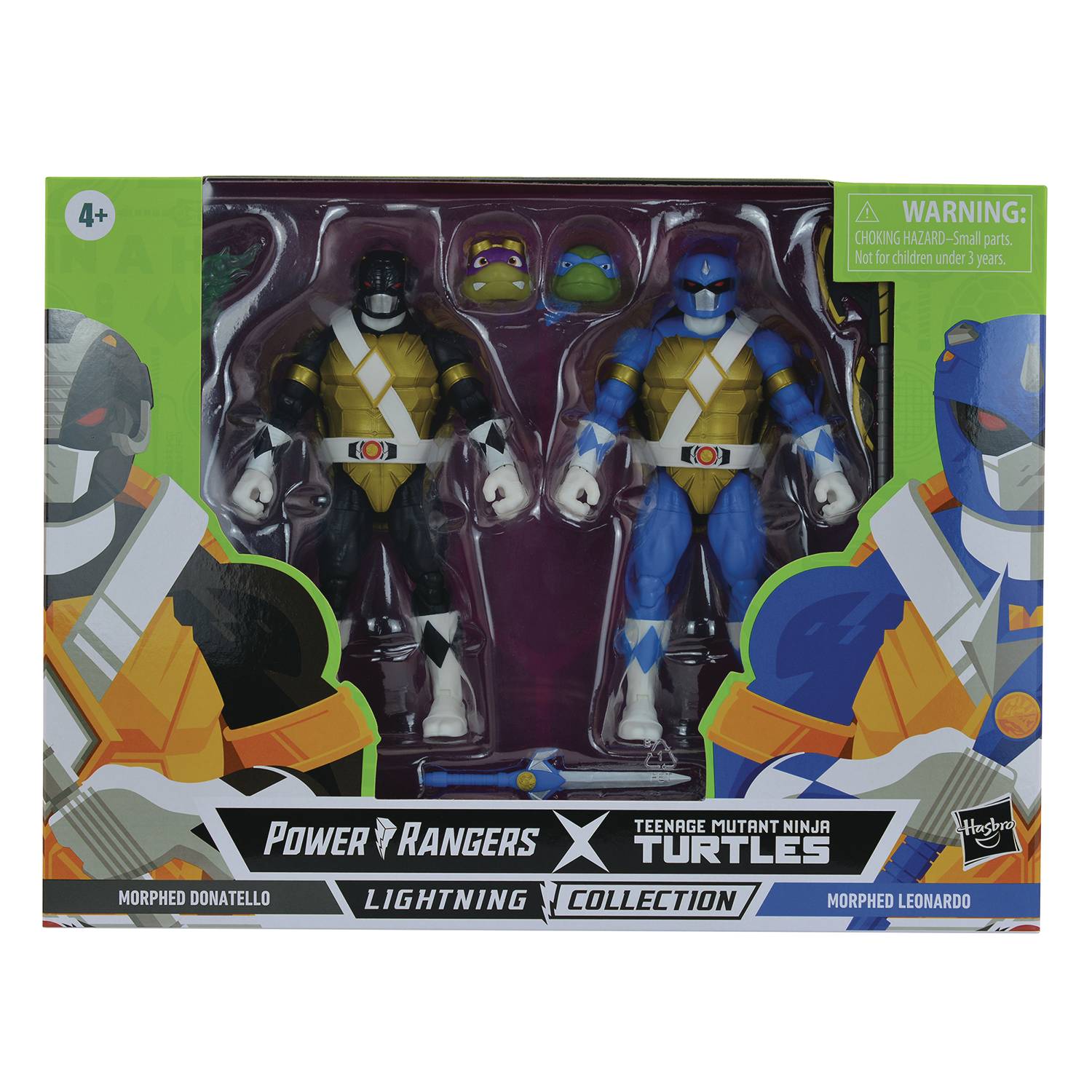 # # # # # # #
JAN218148
From Hasbro Toy Group. When the teens from Angel Grove are cut off from their powers, Donatello and Leonardo use the Rangers' morphers to become the new Black and Blue Rangers! This bodacious 2-pack includes multiple character-inspired collab accessories, like Donnie's staff merged with the Black Ranger Power Axe, Leo's katana merged with the Blue Ranger's Power Lance, alternate heads (it's turtle time!), and blast effect pieces.