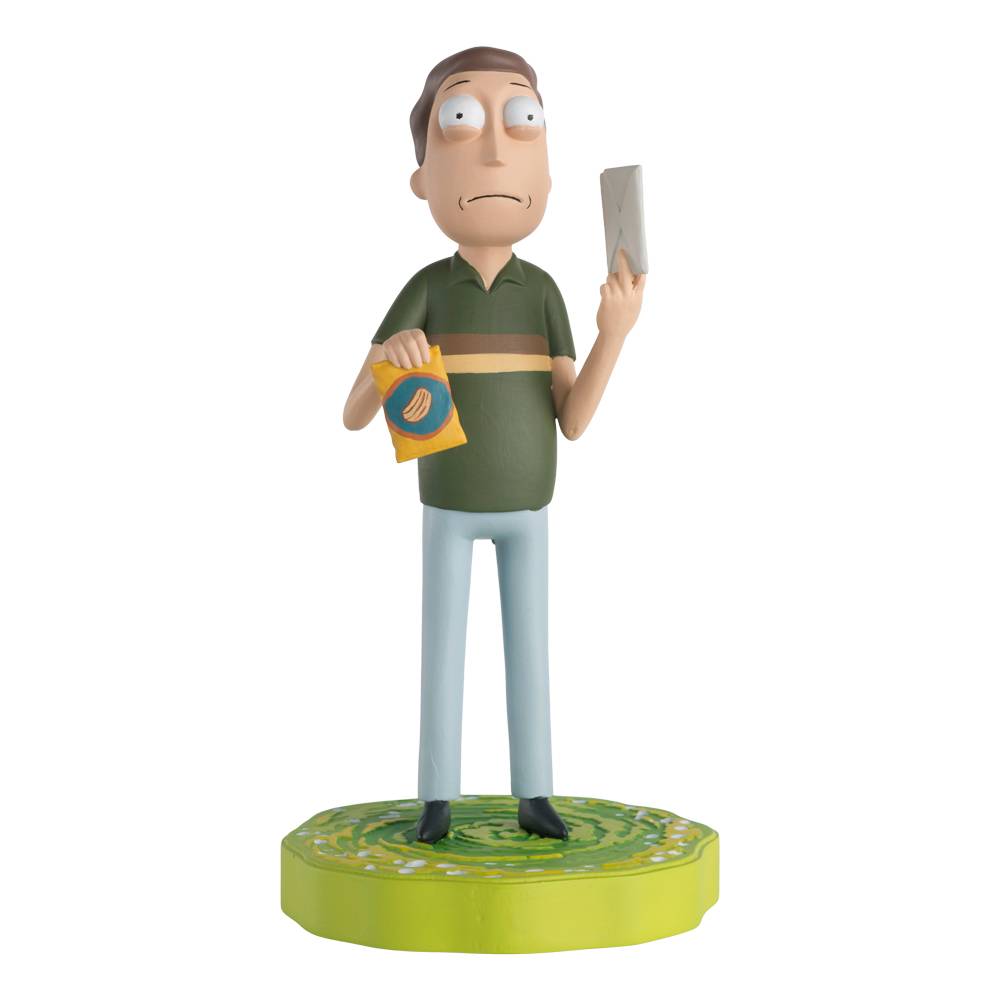 # # # # # #
JAN211989
"If I've learned one thing, it's that before you get anywhere in life, you gotta stop listening to yourself."
Beth's insecure, underachieving husband and Morty and Summer's father, Jerry has a rocky relationship with his father-in-law Rick. A frequent target of Rick's insults, Jerry isn't the sharpest knife in the drawer, and resents the fact that his own children respect "Grandpa Rick" a lot more than they do him.
Jerry's occasional efforts to prove his intelligence or ambition to his family usually end in disaster and death - whether because of his cowardice, laziness, and stupidity, or Rick's outright sabotage. Nevertheless, he's loyal to his family and shows an occasional spark of bravery.
In Shops: Feb 26, 2021
SRP: $19.99
View All Items In This Series