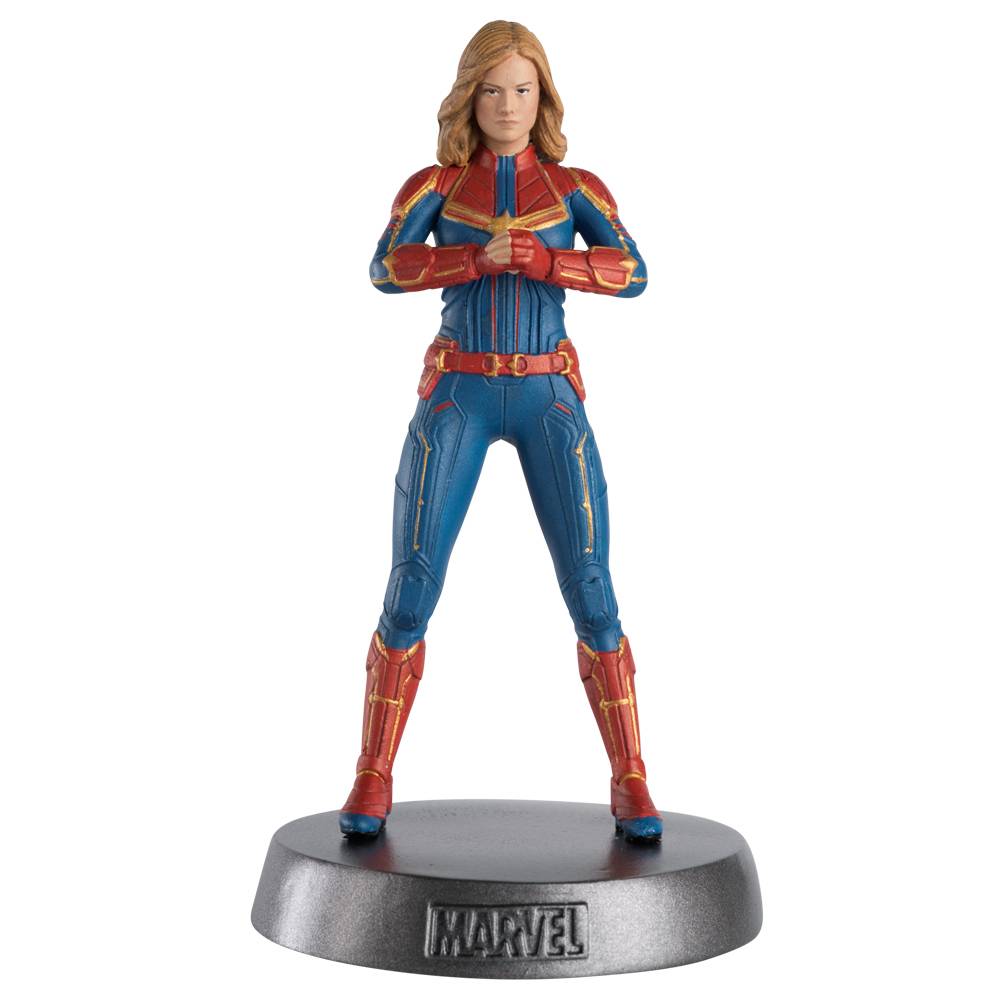 # # # # # #
JAN211984
Once a US Air Force pilot, Carol Danvers was exposed to the cosmic radiation of the Tesseract when her experimental aircraft exploded, leaving her an amnesiac with incredible powers. For years, she was used as a soldier by the alien Kree - but when a chance encounter brought her back to Earth, Carol began to recover her memories... and become the hero she was always meant to be.
This detailed 1:18 metal figurine depicts actress Brie Larson in the title role of Marvel Studios' Captain Marvel, clad in her newly-recolored Kree suit with her hair down and fists clenched!
In Shops: Apr 28, 2021
SRP: $49.95
View All Items In This Series