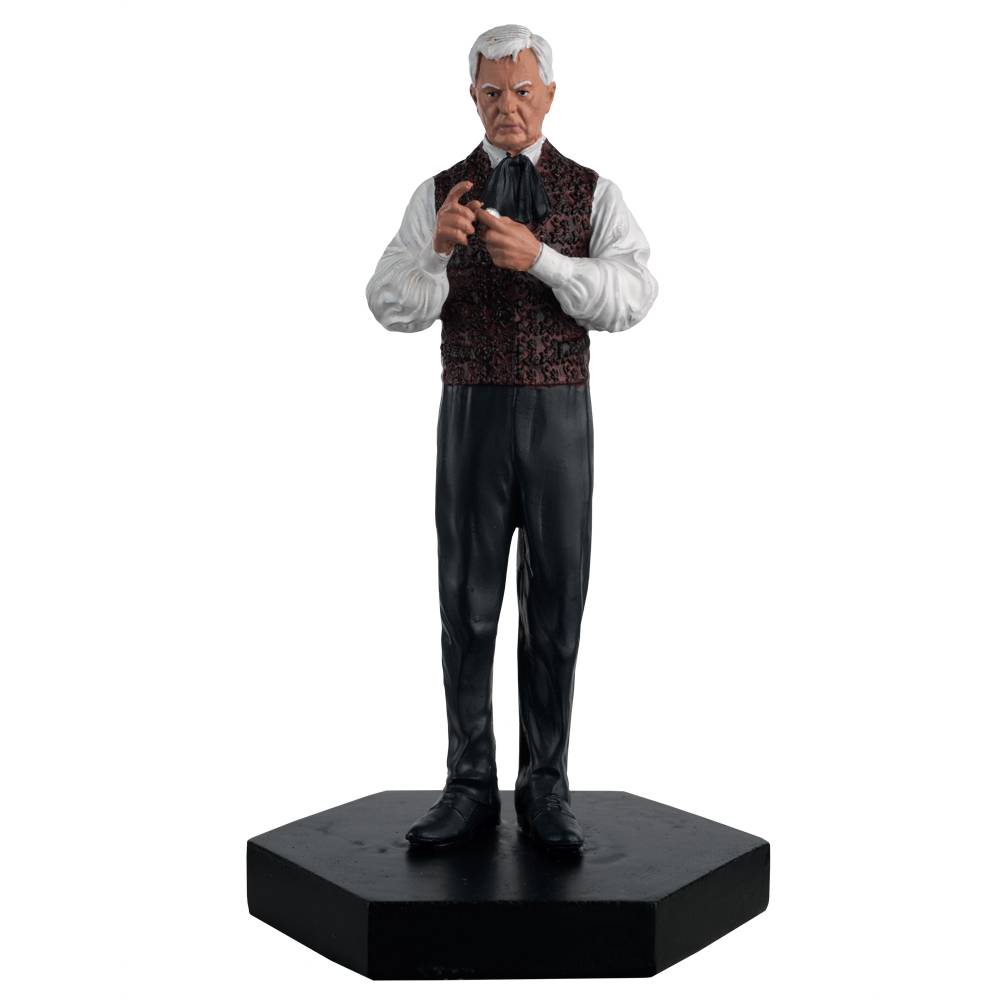 # # # # # #
JAN211980
The alien Time Lords of Doctor Who are faithfully recreated as 1:21 scale models in this definitive box set collection, accompanied by an in-depth magazine.
Like the Doctor, the Master has had many faces throughout the years. This box set collects the Master's most infamous incarnations from the modern Doctor Who series. The Master first resurfaced in the modern series in 2007 as the seemingly innocent Professor Yana (Derek Jacobi), his true identity a secret even from himself. Alas, he would regenerate into a new, manic incarnation portrayed by John Simm. Plagued by "the sound of drums", he schemed his way to becoming Prime Minister of the UK, and even conquered the Earth with the help of the twisted Toclafane.
The Master returned in 2014 in her first female incarnated, portrayed by Michelle Gomez. A mercurial and mocking mastermind, "Missy" (short for Mistress) could be friend or foe to the Doctor, depending on her own designs. She was succeeded in 2020 by Sacha Dhawan, who stole the identity of spymaster "O" to get close to The Doctor. Murderous and vengeful, he sought to destroy the Time Lords of Gallifrey themselves - and aligned with the Cybermen to achieve his goals...
In Shops: Mar 31, 2021
SRP: $69.95
View All Items In This Series