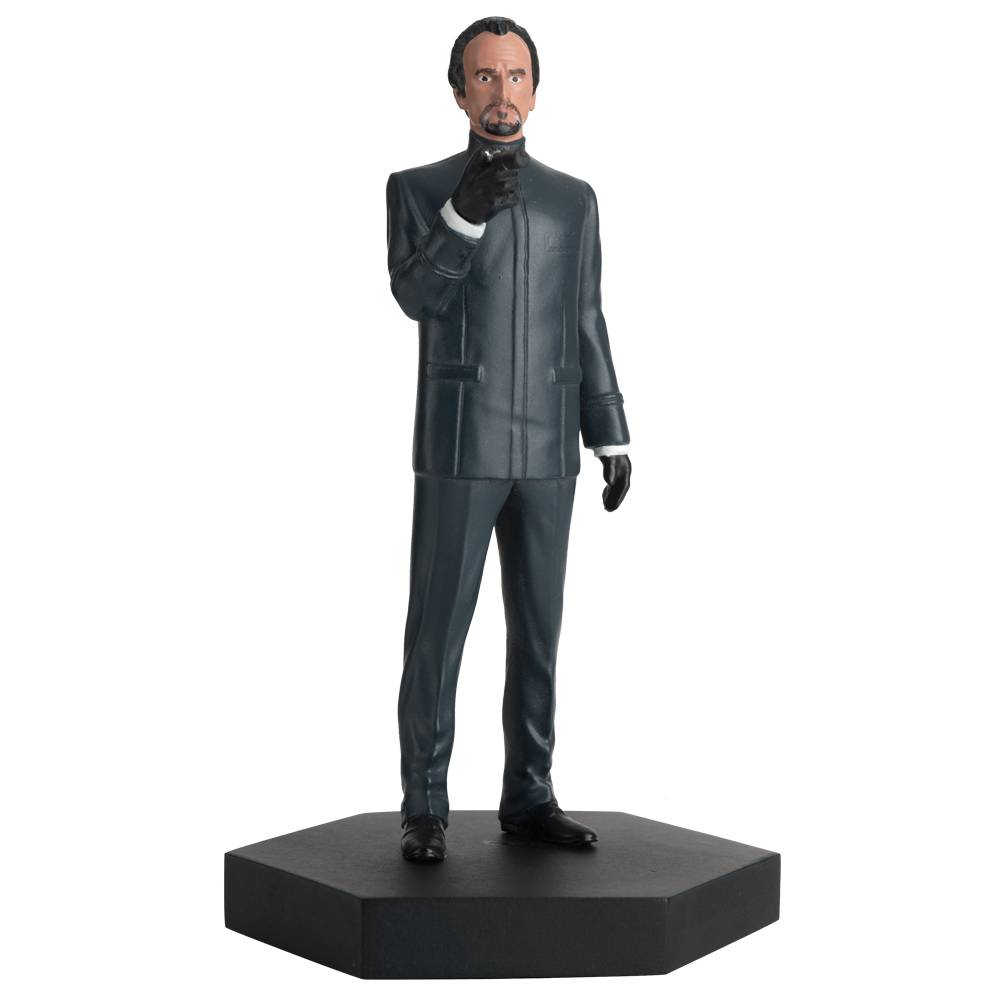 # # # # # #
JAN211979
The alien Time Lords of Doctor Who are faithfully recreated as 1:21 scale models in this definitive box set collection, accompanied by an in-depth magazine.
Just like the Doctor, the Master has had many faces throughout the years. This box set collects the Master's most infamous incarnations from the classic Doctor Who series. This suave and sinister "master"-mind was first portrayed by Roger Delgado from 1971-1973, only to return as an emaciated wraith played by Peter Pratt in "The Deadly Assassin", his regenerations all burned away.
The Master later revitalized himself by stealing a new body. This new incarnation was a bombastic master of disguise, portrayed by Anthony Ainley until the final episode of the classic TV series. It wasn't the last time the Master would engage in bodysnatching - Eric Roberts played a new Master in the Doctor Who movie, one who'd stolen the body of an American paramedic. Clad in Gallifreyan robes, he sought to claim the Doctor's life - and its remaining regenerations - as his own!
In Shops: Mar 17, 2021
SRP: $69.95
View All Items In This Series
ORDER SUBSCRIBE WISH LIST