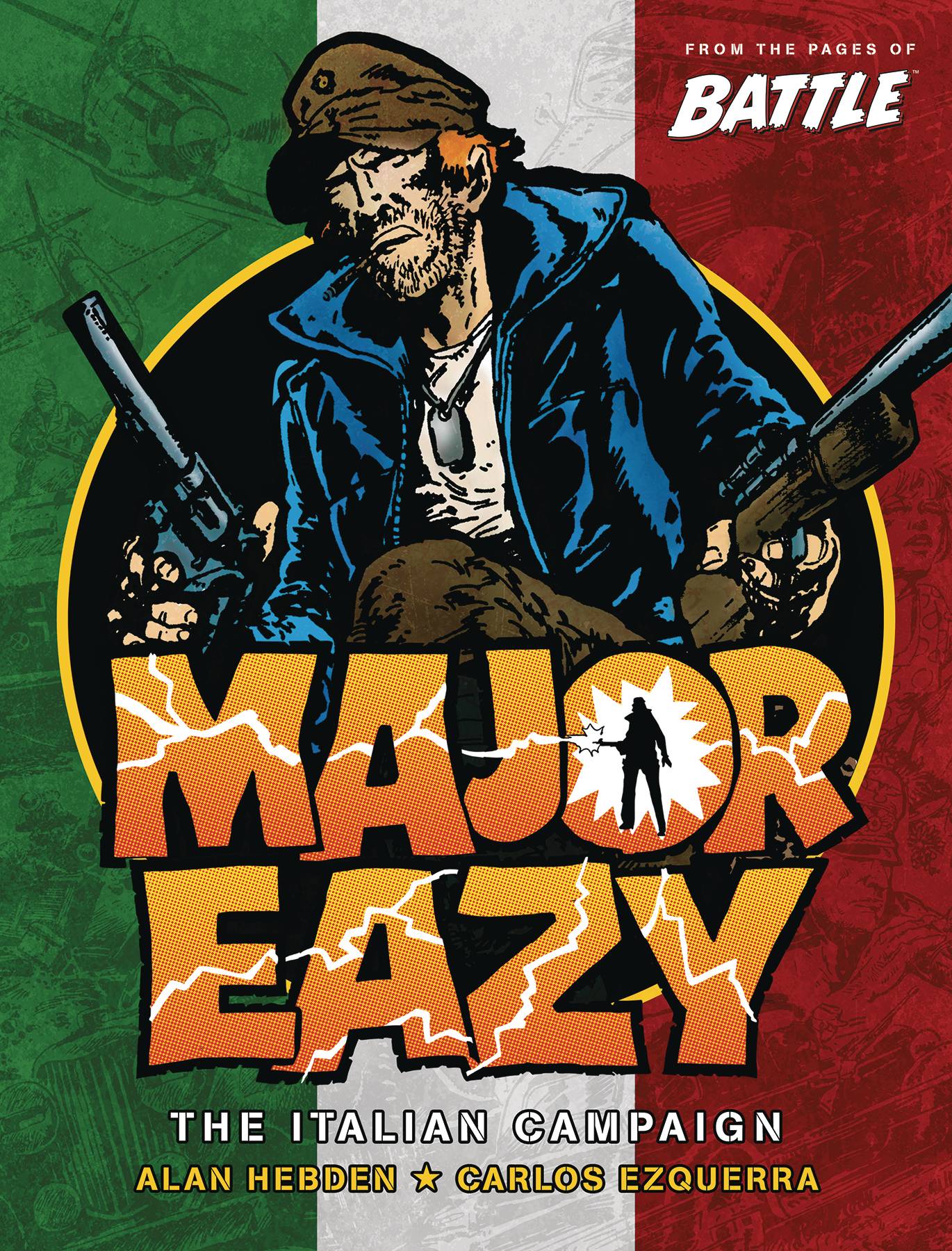 #
JAN211501
(W) Alan Hebden (A) Carlos Ezquerra
Go on patrol with Major Eazy, the laid-back British officer who always completes his mission! Before Judge Dredd and Strontium Dog for 2000 AD, comic maestro Carlos Ezquerra created an iconic star character of bestselling British war comic, Battle. Now, collected in order for the first time, Rebellion is proud to present all of Major Eazy's adventures remastered and from the beginning. From pulse-pounding invasion of Sicily to the German surrender at Brenner Pass, Major Eazy Volume 1 collects all of the character's adventures across the Italian arena of war.
In Shops: Dec 29, 2021
SRP: $17.99
ORDER WISH LIST