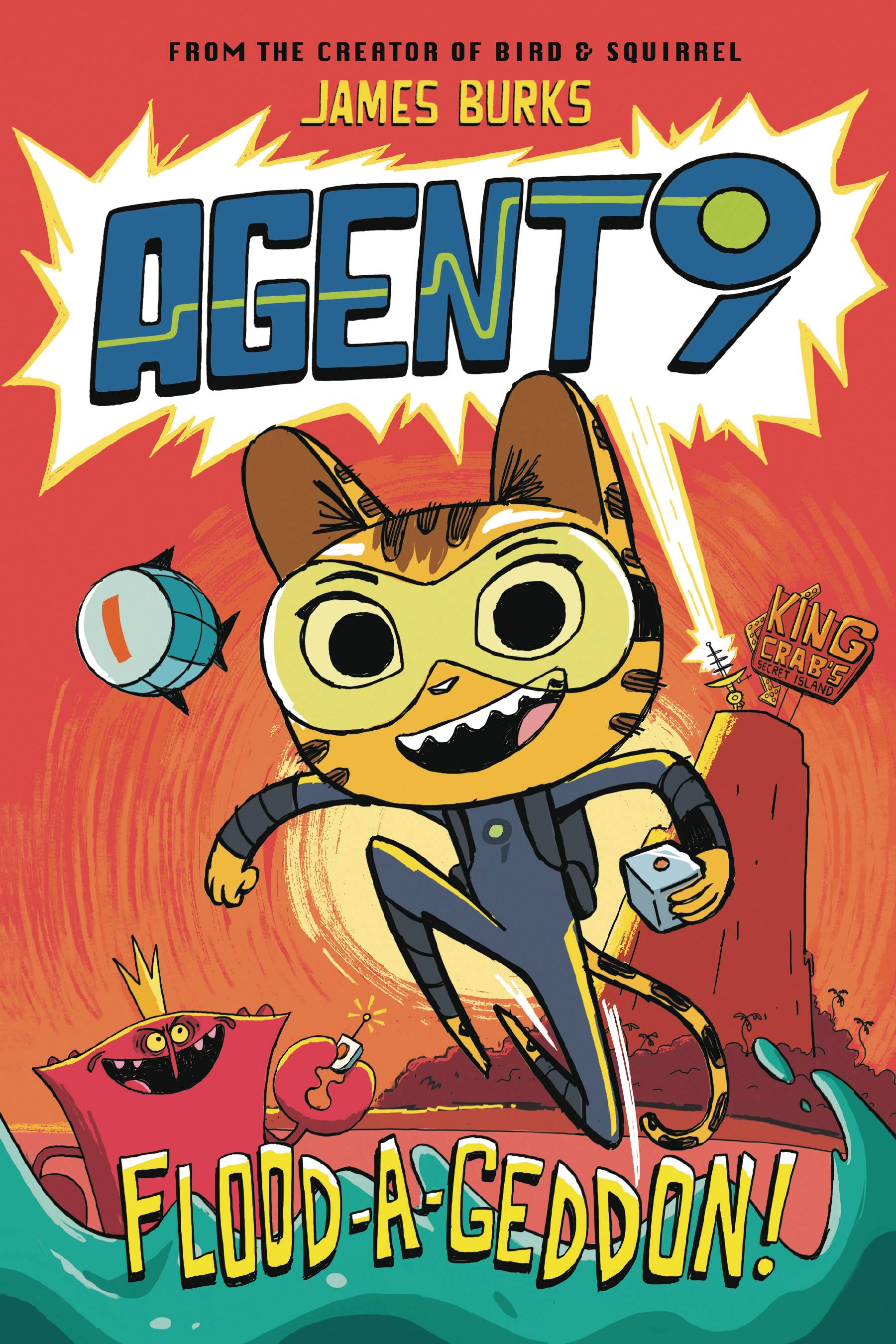 #
JAN211499
(W) James Burks (A) James Burks
From the creator of the Bird & Squirrel graphic novel series, comes this hilarious and action-packed new series which follows a feline secret agent who will do whatever it takes to save the world-even if it means destroying a few things along the way.

The Super-Secret Spy Service's mission is to keep the world safe from maniacal villains. And Agent 9 is one of its best operatives. Although Nine always manages to complete the mission, there is occasionally some collateral damage (like the priceless Pigasso painting that was destroyed while foiling an art heist). So Agent 9 is now on probation.

But when bumbling supervillain King Crab manages to overtake S4 headquarters, there is no one else to turn to. Nine-along with a robotic partner named FiN-is all that stands between King Crab and his diabolical plans to melt the polar ice caps and build a massive water park. Can Agent 9 prove to be the right cat for the job by overcoming impulsive behavior and saving the world from a complete flood-a-geddon?
In Shops: Mar 17, 2021
SRP: $18.99
View All Items In This Series