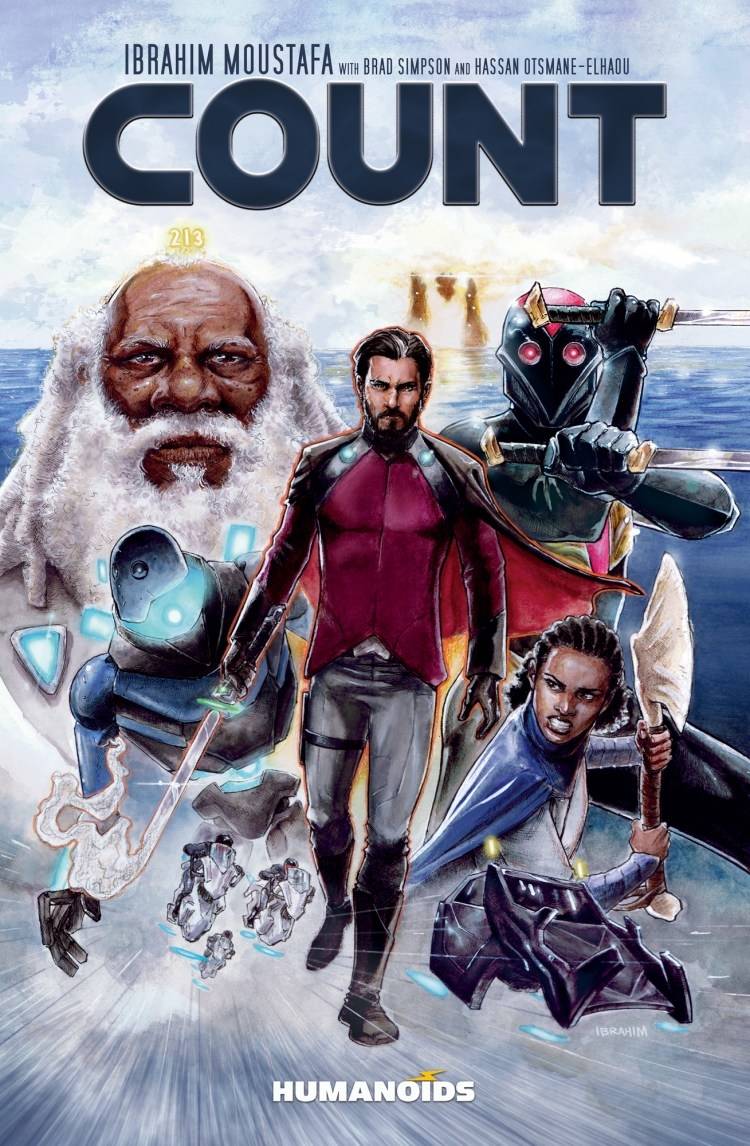 #
JAN211389
(W) Ibrahim Moustafa (A) Ibrahim Moustafa
A sci-fi reimagining of the greatest revenge story of all time: The Count of Monte Cristo.
Framed for treason and wrongfully imprisoned at the hands of a jealous rival and a corrupt magistrate, Redxan Samud escapes his hovering prison colony hell-bent on retribution. Given a map from his dying jail companion to the location of a stolen cache of Union Credits large enough to make him wealthy beyond imagination, Samud concocts a plan to exact revenge on those who conspired to let him rot in a cell.
In Shops: Mar 17, 2021
SRP: $19.99