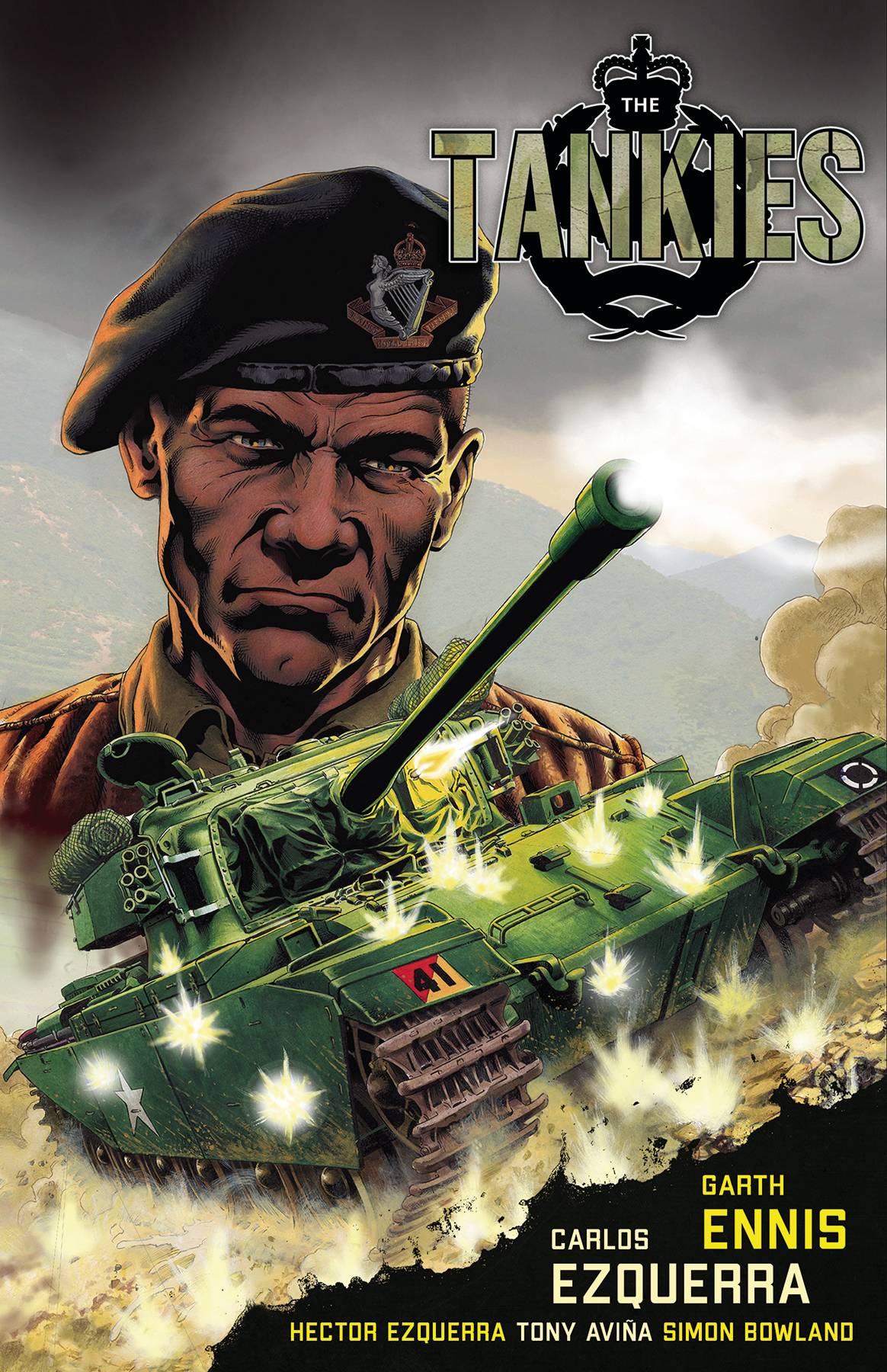 #
JAN211281
(W) Garth Ennis (A) Carlos Ezquerra
From the bloody battle for Normandy to the Nazi heartland, from war's end to the killing fields of Korea, the men of the British Army's Royal Tank Regiment fight battle after battle against terrible odds. Whether outnumbered or outgunned, the Tankies soldier on-as their motto would have it, "From Mud, Through Blood, to the Green Fields Beyond."
In Shops: Apr 14, 2021
SRP: $24.95