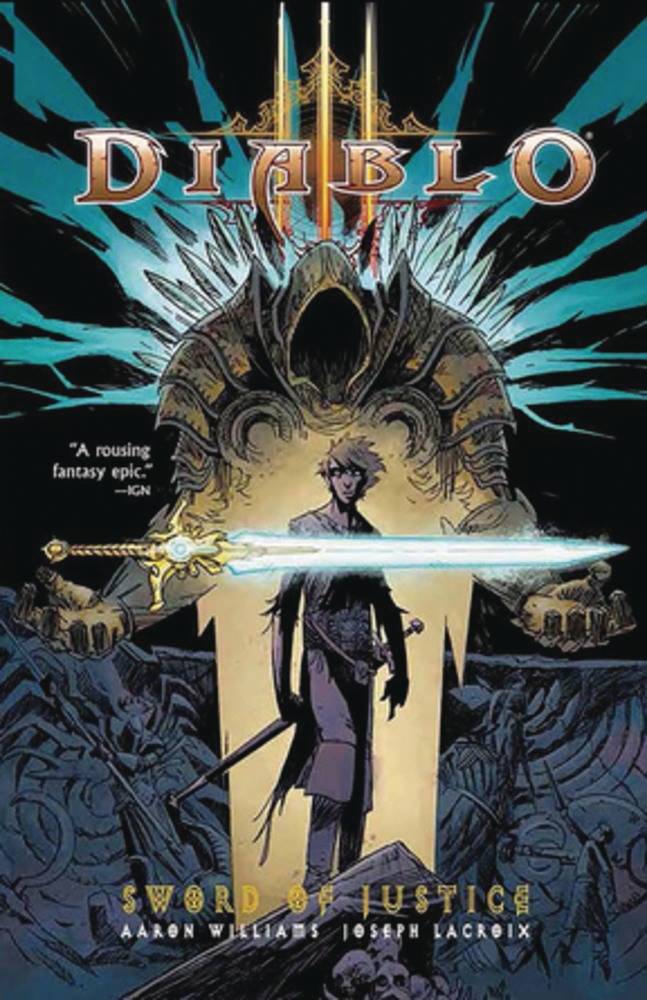 #
JAN211246
(W) Aaron Williams (A) Joseph LaCroix
Set in the world of Blizzard's award-winning video game franchise Diablo, witness the birth of a hero! Jacob has fled from his homeland in the north led by the visions of an ancient prophet. Jacob finds his destiny in the sword of an archangel - Tyrael. But will Jacob be able to claim the sword that could save his people from a deadly plague before he's brought to "justice"?
In Shops: Mar 10, 2021
SRP: $14.95