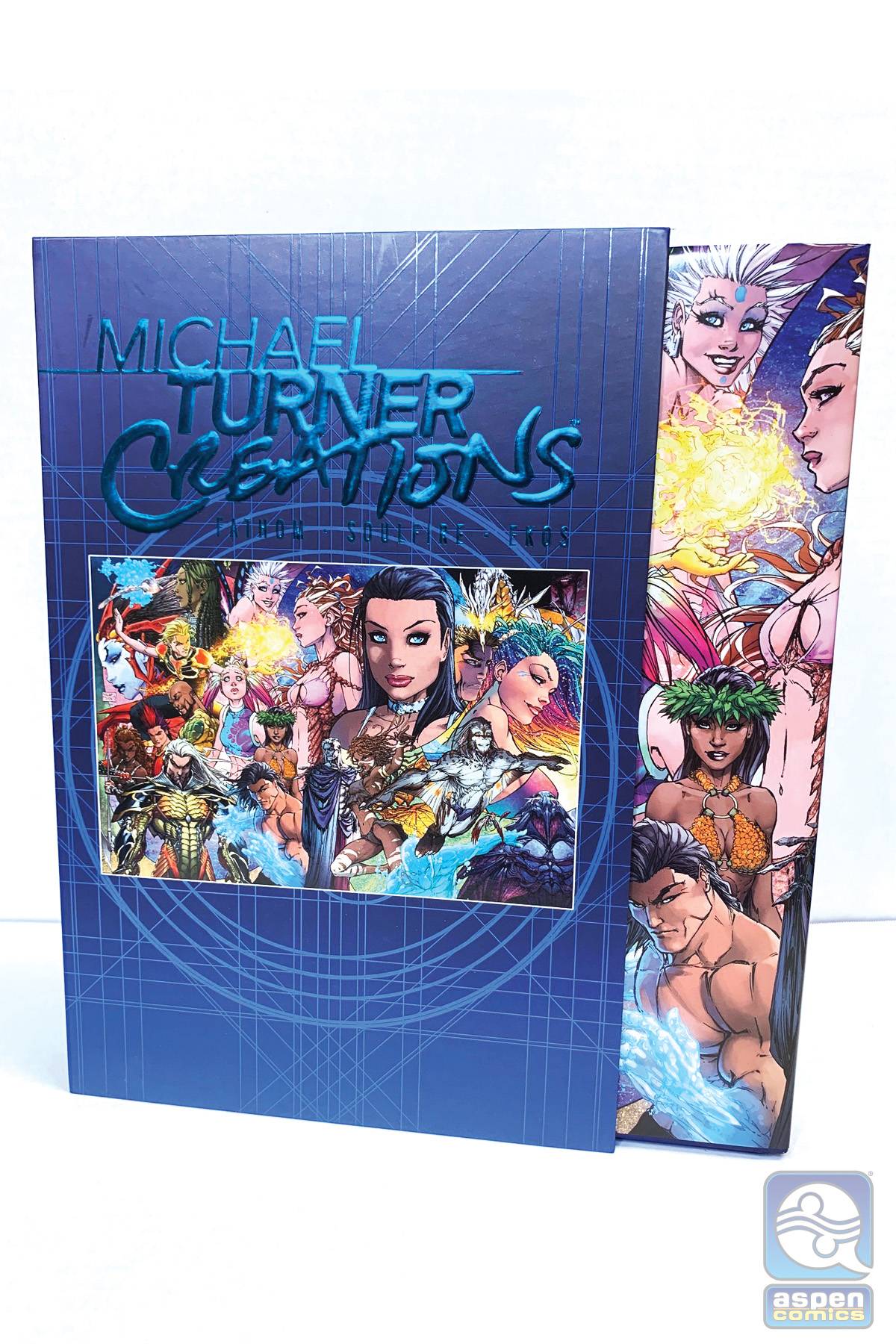 In 2003, superstar artist Michael Turner founded Aspen Comics, and now in 2021 his legendary body of work is encapsulated like never before in this massive, over-sized Hard Cover book! MICHAEL TURNER CREATIONS is THE most comprehensive collection of Michael Turner's ASPEN COMICS creations including the FULL FIRST VOLUMES of his iconic Fathom and Soulfire series collected together in their entirety for the FIRST TIME EVER, along with his entire Ekos body of work and a complete Fathom cover gallery!

From Turner's best-selling Fathom to his electrifying Soulfire, journey through his wondrous creations with an incredible 720 packed pages of story, art and more! This is the most complete Michael Turner Hard Cover book ever produced, and the perfect companion to any Michael Turner, Aspen Comics or comic book fans' collection!