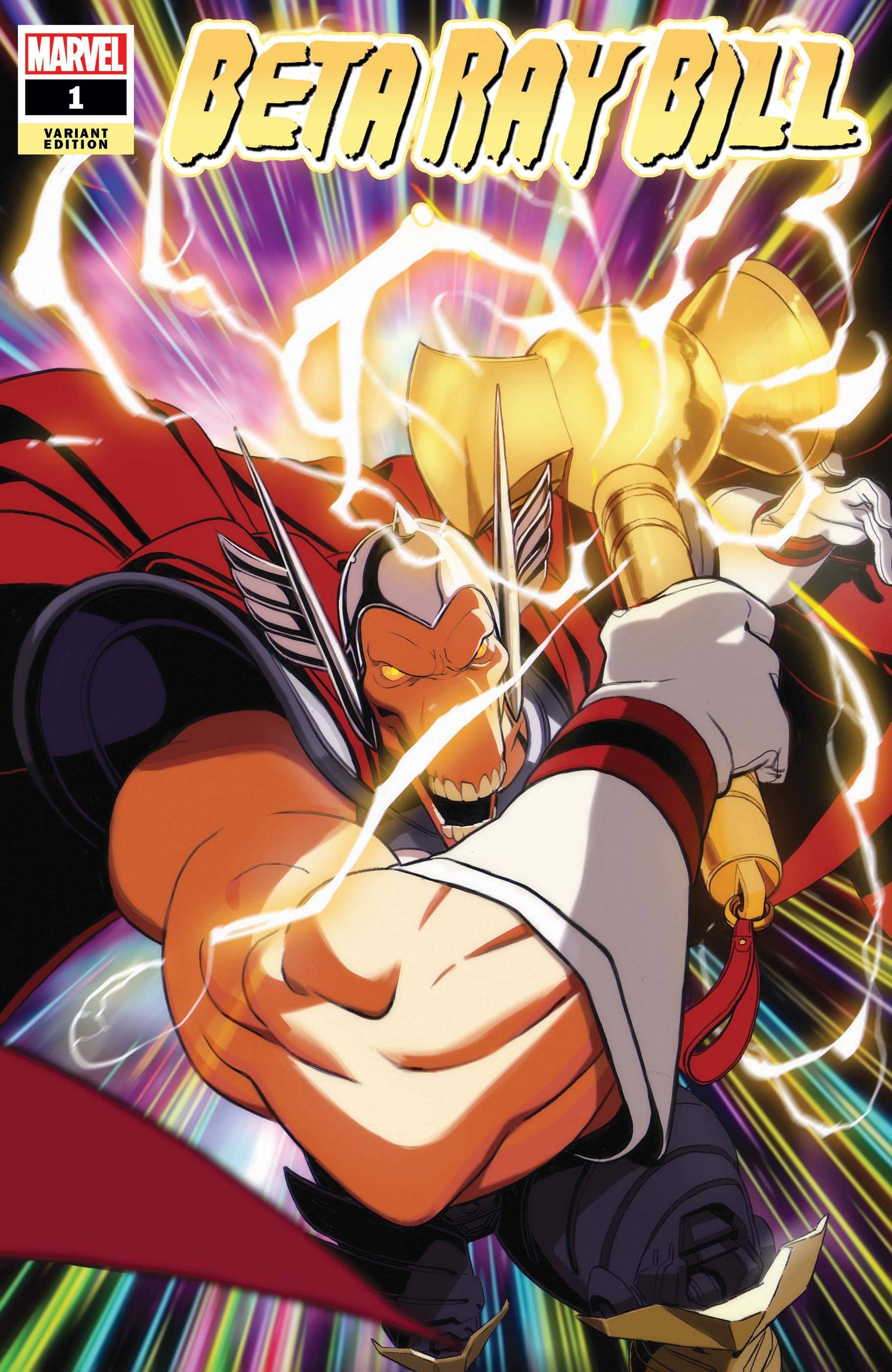 #
JAN210560
(W) Daniel Warren Johnson (A) Daniel Warren Johnson (CA) Chase Conley
FROM THE PAGES OF DONNY CATES' THOR AND SPINNING OUT OF THE EVENTS OF KING IN BLACK!
The second-most famous wielder of Mjolnir. The right-hand man to the god of Thunder. And now, a warrior without his best weapon. Beta Ray Bill is tired of playing second fiddle to Thor - and with Bill's famous hammer, Stormbreaker, recently destroyed at the new All-Father's hands, tensions are higher than ever. The Korbinite must strike out in search of a new weapon...and a new destiny. Assuming he can first defeat a Knullified Fin Fang Foom! Writer/artist Daniel Warren Johnson (Extremity, Murder Falcon) and colorist Mike Spicer take Beta Ray Bill on a journey beyond the shadow of a god! Plus: This oversize first issue contains an exclusive conversation between Johnson and Beta Ray Bill's creator, the legendary Walter Simonson!
Rated T+
In Shops: Mar 31, 2021
SRP: $4.99
View All Items In This Series
ORDER SUBSCRIBE WISH LIST