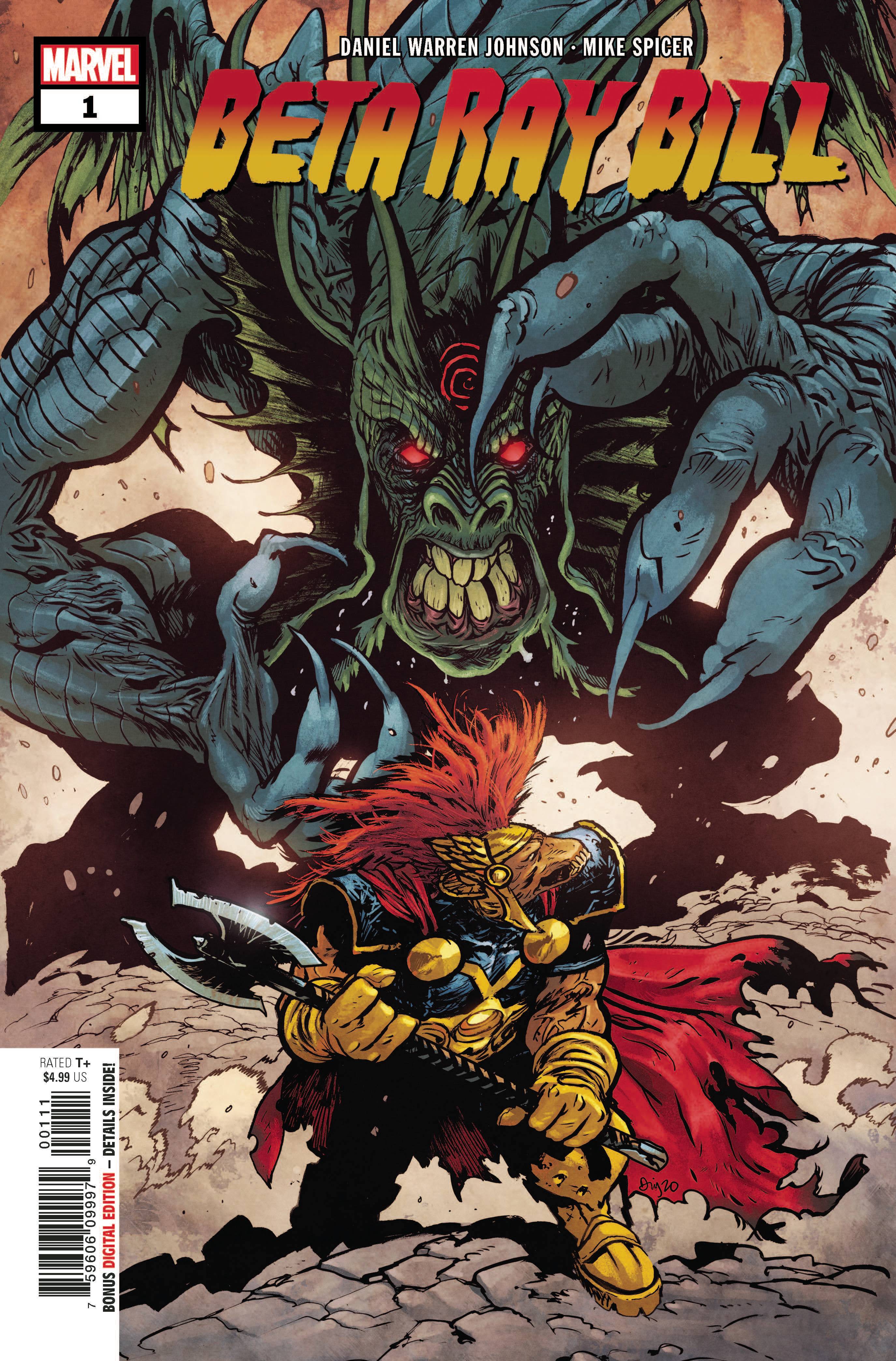 #
JAN210555
(W) Daniel Warren Johnson (A/CA) Daniel Warren Johnson
FROM THE PAGES OF DONNY CATES' THOR AND SPINNING OUT OF THE EVENTS OF KING IN BLACK!
The second-most famous wielder of Mjolnir. The right-hand man to the god of Thunder. And now, a warrior without his best weapon. Beta Ray Bill is tired of playing second fiddle to Thor - and with Bill's famous hammer, Stormbreaker, recently destroyed at the new All-Father's hands, tensions are higher than ever. The Korbinite must strike out in search of a new weapon...and a new destiny. Assuming he can first defeat a Knullified Fin Fang Foom! Writer/artist Daniel Warren Johnson (Extremity, Murder Falcon) and colorist Mike Spicer take Beta Ray Bill on a journey beyond the shadow of a god! Plus: This oversize first issue contains an exclusive conversation between Johnson and Beta Ray Bill's creator, the legendary Walter Simonson!
Rated T+
In Shops: Mar 31, 2021
SRP: $4.99
View All Items In This Series
ORDER SUBSCRIBE WISH LIST