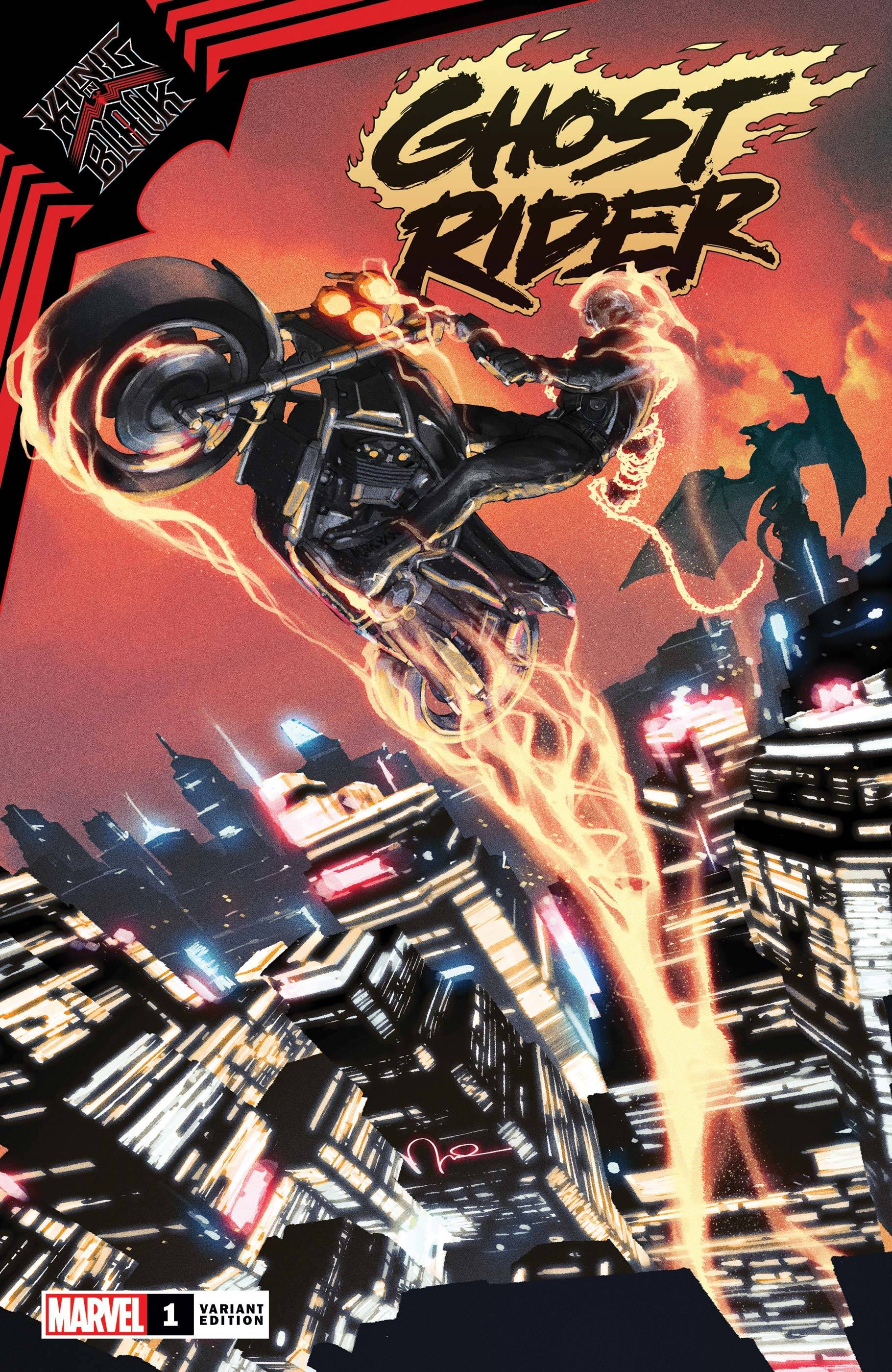 #
JAN210530
(W) Ed Brisson (A) Juan Frigeri (CA) Gerald Parel
THE WAR FOR HELL'S THRONE MEETS THE KING IN BLACK!
All Ghost Rider wants is to destroy Mephisto, round up an army of escaped demons, and secure his seat on the throne of hell. Is that so much to ask? But now a dark god from space has shown up to throw the world into chaos, and some of Johnny's old friends have come to ask for his help. It may take everything they've got to stop this madness. Maybe even...the devil himself?
Rated T+
In Shops: Mar 31, 2021
SRP: $4.99