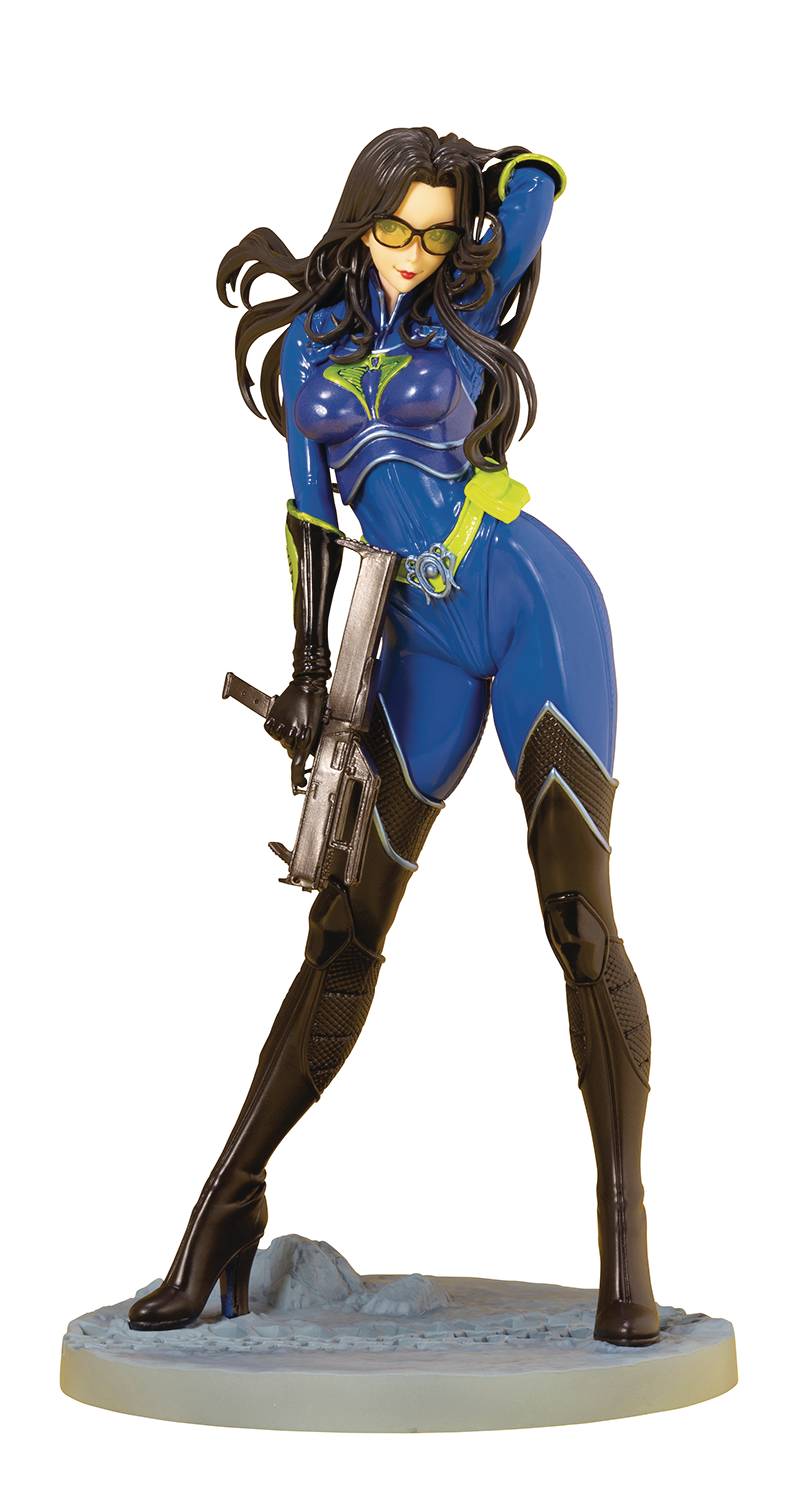 # # # #
JAN209207
From Kotobukiya. This limited edition statue is based on the 25th Anniversary Baroness who was released in 2008! This version of Baroness can be seen in a blue suit variant of the original action figure! The submachine gun included in this version of Baroness comes in a gunmetal color and can be displayed with the standard Baroness Bishoujo Statue and Baroness The Crimson Strike Team Bishoujo Statue.