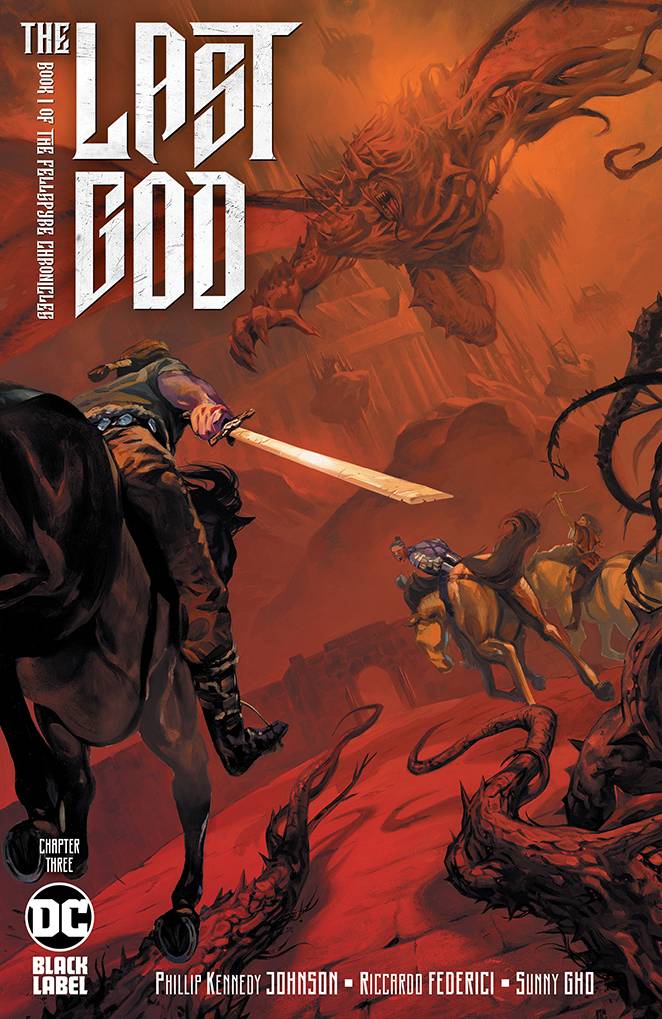 #
JAN209136
(W) Philip Kennedy Johnson (A) Ricardo Federici (CA) Kai Carpenter
Beyond the edge of creation lies the Black Stair. And beyond it, amidst the void, he waits. Mol Uhltep, The Last God. This is the tale of those who claimed to slay him, and the world they doomed with their lies.
In the third chapter of DC's dark fantasy epic The Last God, Queen Cyanthe and her unlikely companions make their way across the land of Cain Anuun toward the Pinnacle-city stronghold of the Guild Eldritch, a powerful order of sorcerers led by Skol, another fabled member of the original fellowship of Godslayers. There they hope to find protection from the looming forces of Mol Uhltep and his inhuman servant, King Tyr.
In the past, we see young Tyr, Cyanthe, and Veikko Al Mun make their way toward a similar destination, while they uncover more secrets of the Last God's plan and make an unlikely ally.
In Shops: Apr 01, 2020
SRP: $4.99
View All Items In This Series
ORDER SUBSCRIBE WISH LIST