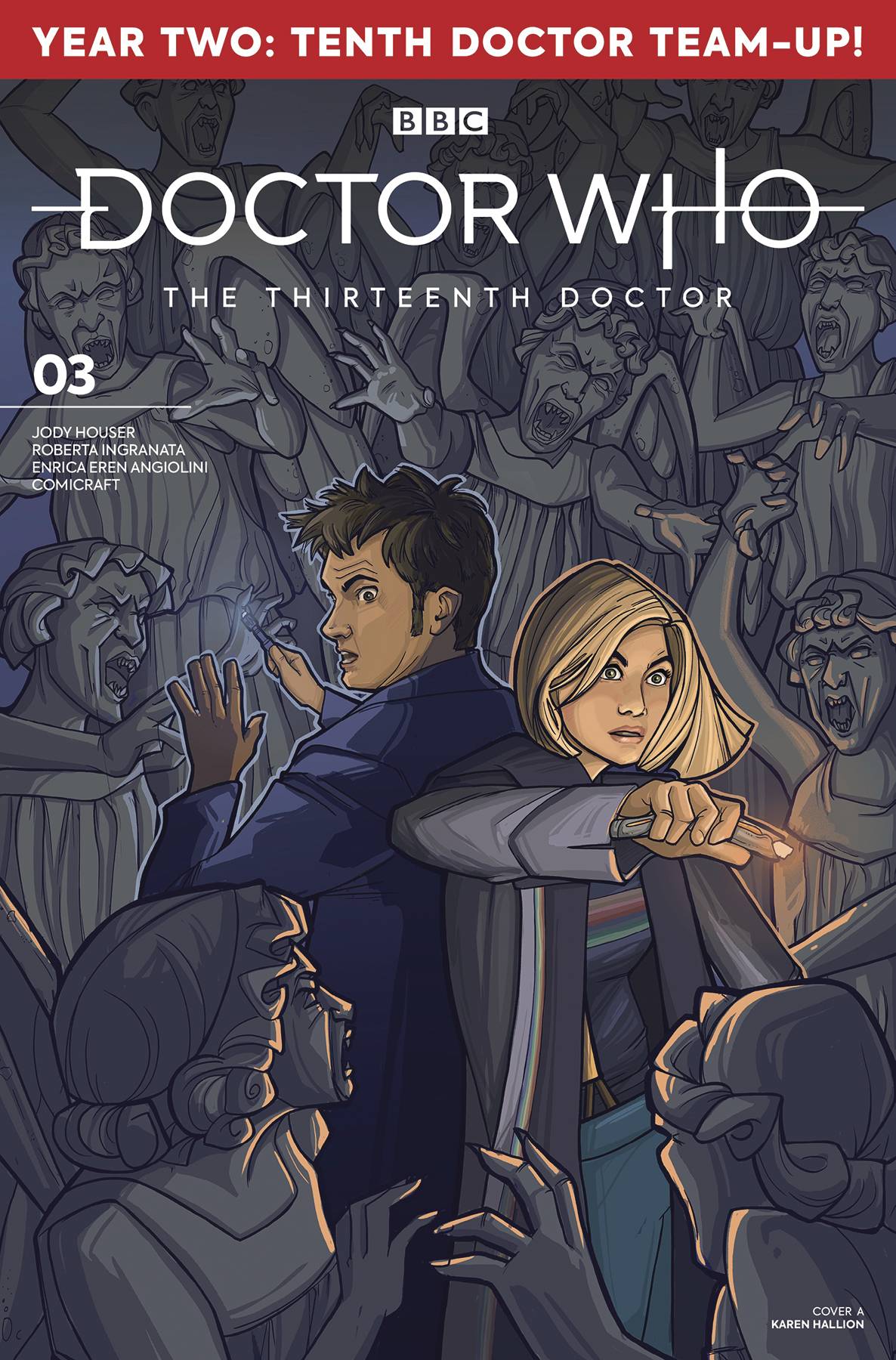 #
JAN202015
(W) Jody Houser (A) Roberta Ingranata (CA) Karen Hallion
Eisner-nominated writer Jody Houser and Witchblade artist Roberta Ingranata return for a brand new story in the 13th Doctor comic series. The terrifying Weeping Angels and the mysterious Autons are locked in a deadly battle, with Earth caught in the middle. The fan-favorite Tenth Doctor must join forces with the Thirteenth Doctor and risk imploding time, in order to save the human race!
In Shops: Mar 04, 2020
SRP: $3.99
View All Items In This Series
ORDER SUBSCRIBE WISH LIST