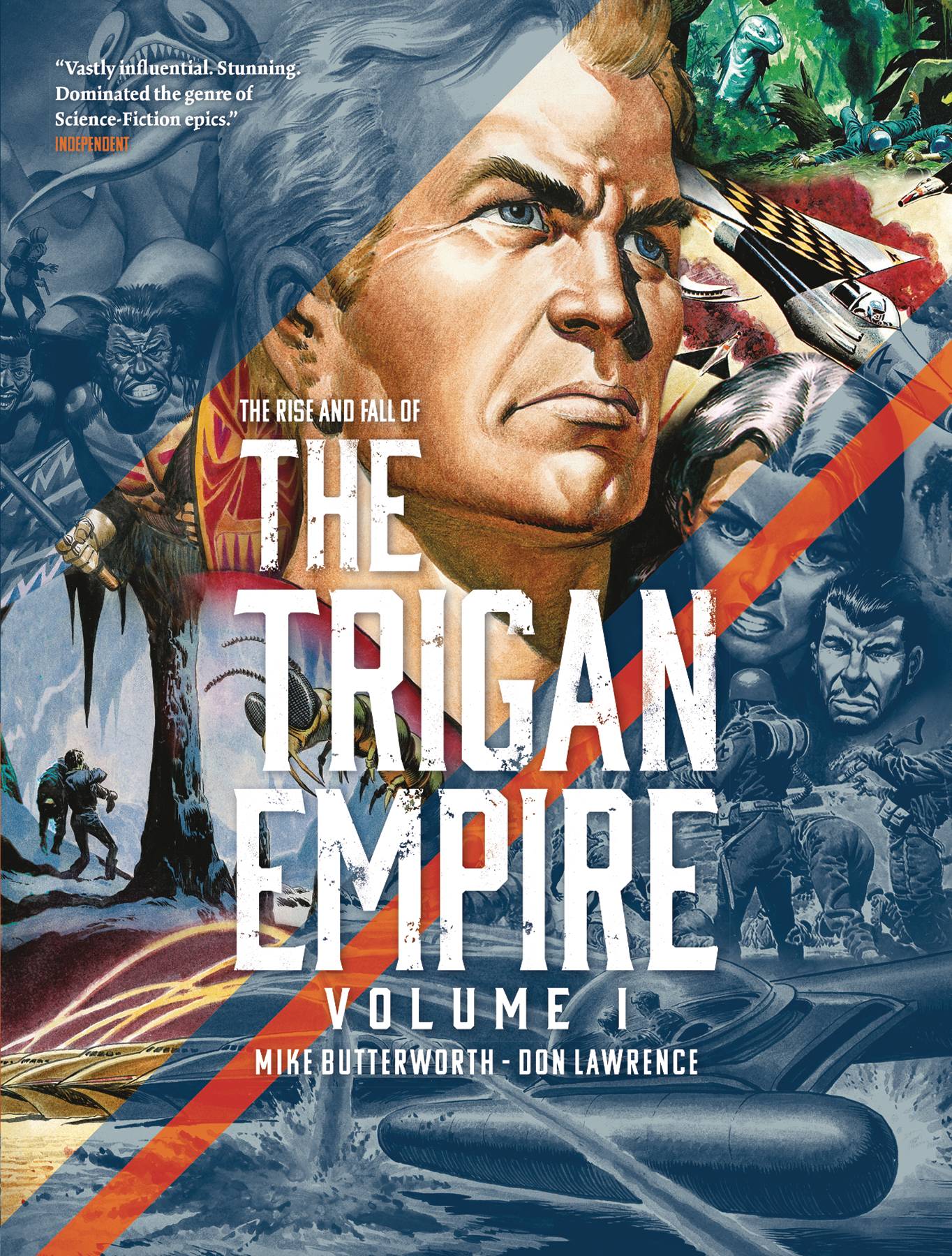 #
JAN201944
A four-volume series reprinting The Rise and Fall of the Trigan Empire, a landmark 1960s science fiction series which rivalled Game of Thrones in popularity and was the precursor to every mythic sci-fi adventure to come! Under the leadership of Trigo, the Vorg tribesmen band together to resist the Lokan invaders, forming a new country, The Trigan Empire. Featuring an extraordinary combination of the Roman Empire and ancient Greece, Trigo's story is told in ground breaking fully painted artwork.
In Shops: Jul 08, 2020
SRP: $24.99
View All Items In This Series
ORDER SUBSCRIBE WISH LIST