CARSON OF VENUS REALM OF DEAD #2 CVR A MESARCIA MAIN 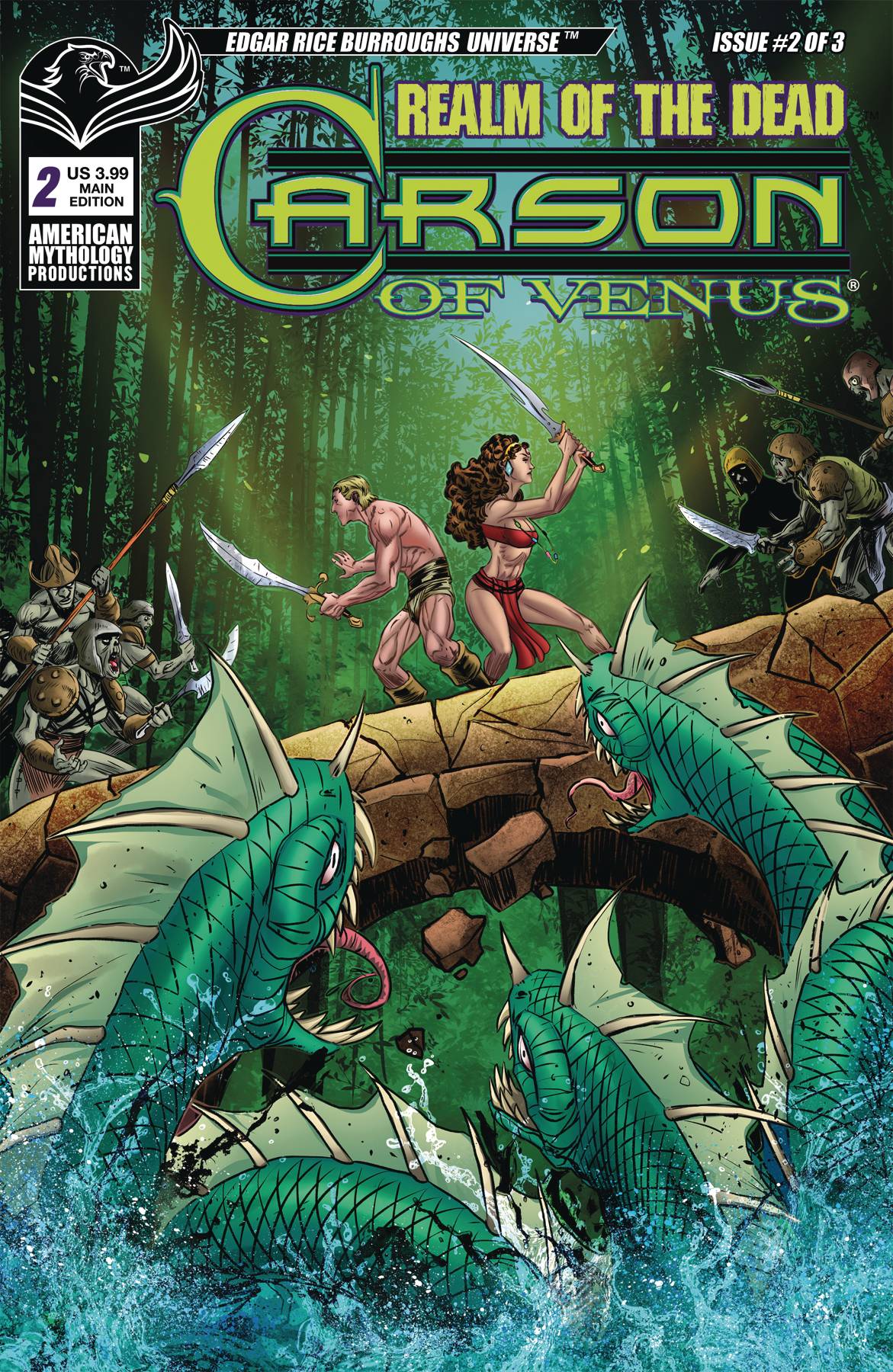 #
JAN201486
(W) Mike Wolfer (A/CA) Cyrus Mesarcia
On the planet Venus, in the region of Morov, the dead walk in the decaying city of Kormor... And Carson Napier wants in! After kidnapping the Princess Duare, the villainous scientist Skor has imprisoned Carson's one true love in his castle, behind the cold, stone walls of Kormor, and Carson will stop at nothing-even taking on an army of animated corpses-to rescue her from the evil ruler of the realm of the dead. But what Carson doesn't know is that the resourceful Duare has her own plan for escape, but she might first have to become the queen of Morov! Carson of Venus: Realm of the Dead #2 is available with two covers - Main and a limited edition 1 in 350 Pulp cover, both by Cyrus Mesarcia.
In Shops: Jul 22, 2020
SRP: $3.99
View All Items In This Series
ORDER SUBSCRIBE WISH LIST