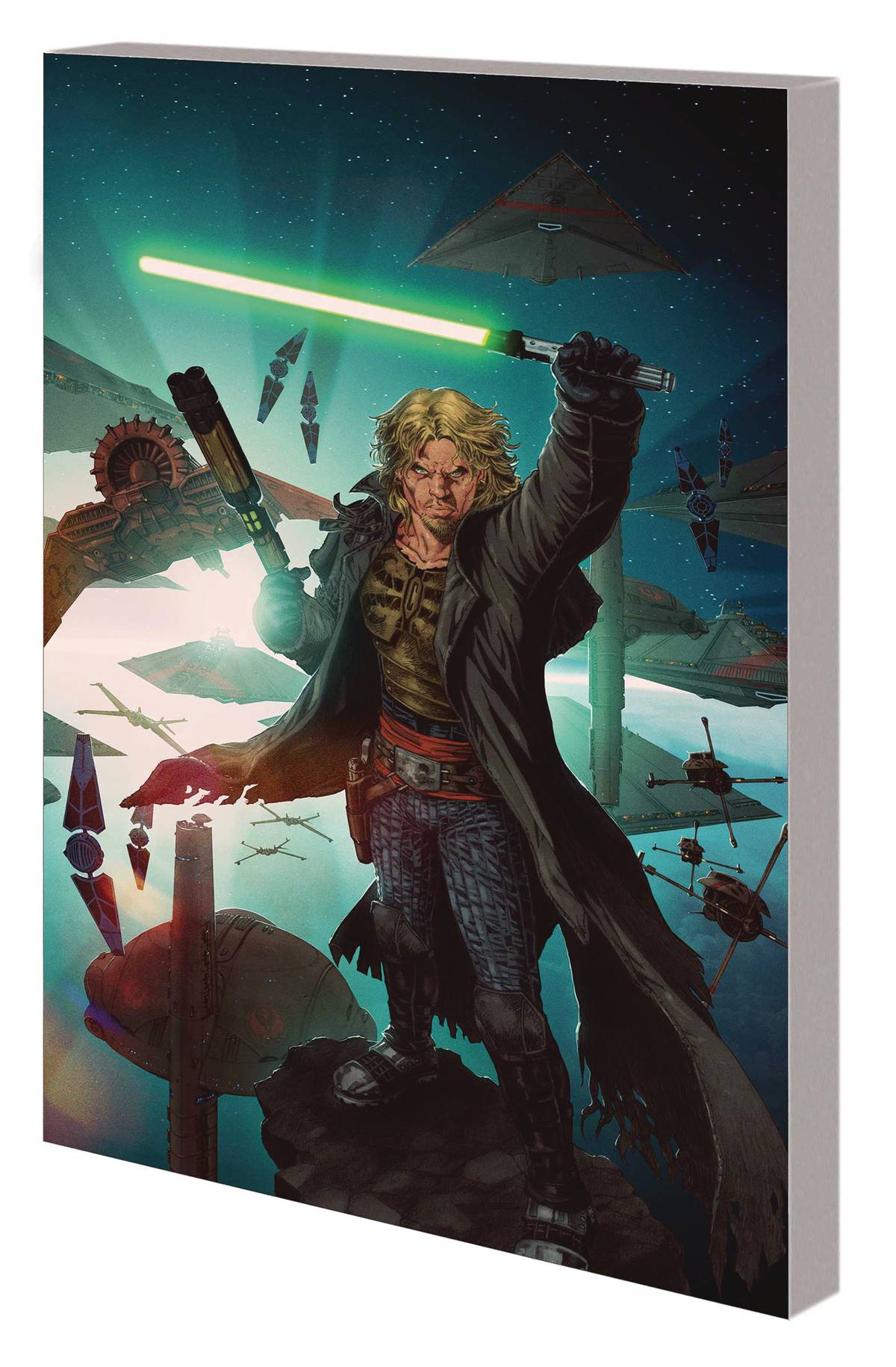 #
JAN201076
(W) John Ostrander, Jan Duursema (A) David Ross (A/CA) Jan Duursema
In the far future of Star Wars, nothing is what it seems! Cade Skywalker and his crew are back to their old pirating ways, but they soon find themselves stranded on Tatooine - with a trio of Black Sun assassins on their trail! Elsewhere, Imperial deep-cover agent Morrigan Corde has plans of her own. She'll stop at nothing to find Cade - but the ghost of Luke Skywalker just might find him first! Meanwhile, with Darth Krayt missing, the evil Sith Darth Wyyrlok has proclaimed himself the new emperor of the galaxy. But the other Sith have their own ideas! And when the overthrown Empire-in-exile prepares to take back control of the galaxy with its own Force users, will the Jedi join them to defeat a common enemy? Collecting STAR WARS: LEGACY (2006) #37-40 and #42-50, and STAR WARS: LEGACY - WAR #1-6.
Rated T
In Shops: Jul 08, 2020
SRP: $39.99
View All Items In This Series
ORDER SUBSCRIBE WISH LIST