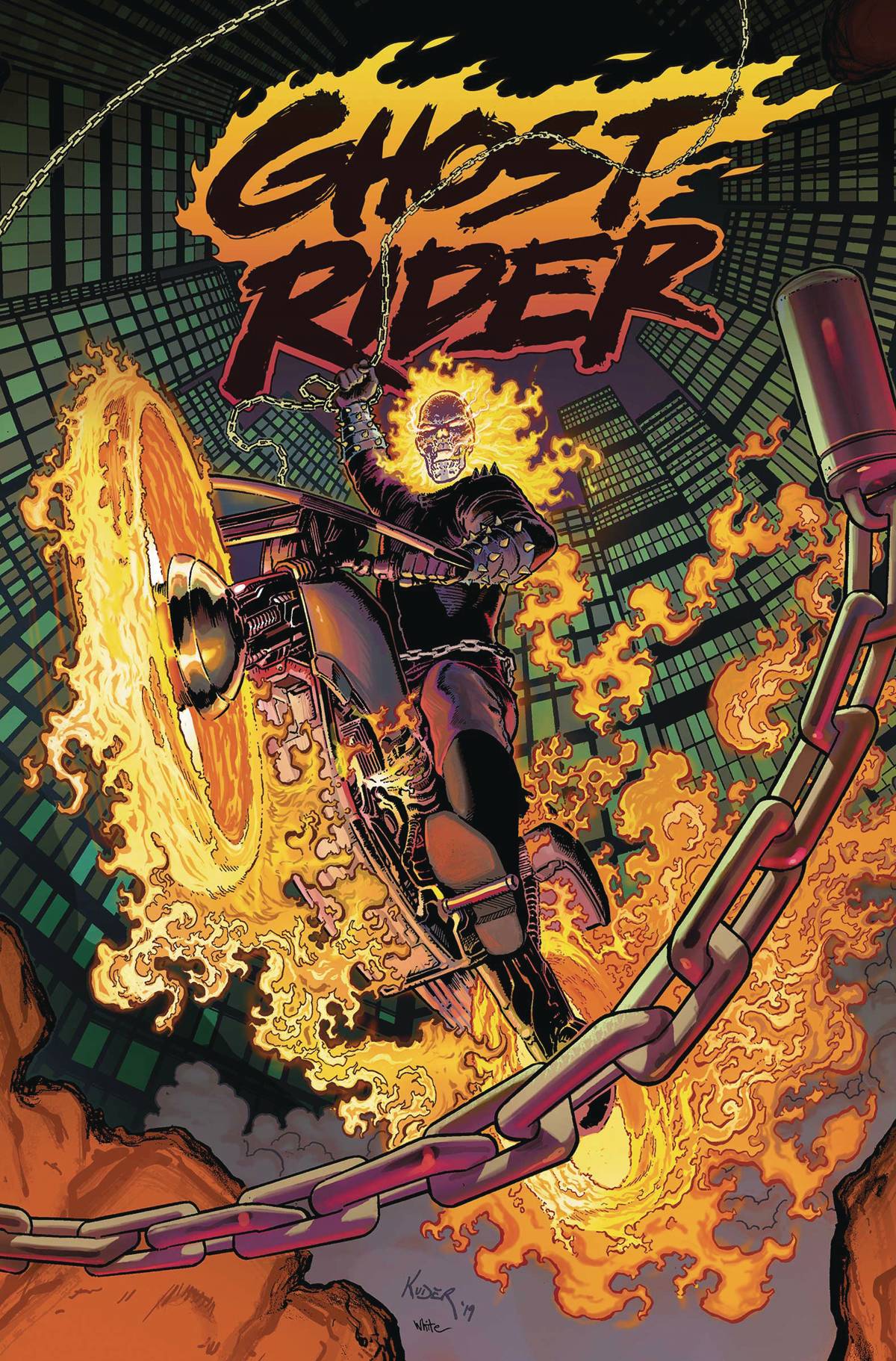 #
JAN201057
(W) Ed Brisson (A) Juan Frigeri (A/CA) Aaron Kuder
All hell breaks loose as the Brothers Ghost Rider return! Johnny Blaze is the king of Hell, its first line of defense against demonic hordes trying to escape and lords of other infernal regions making a play for his throne - including a certain evil queen from his past! Meanwhile, Danny Ketch never wanted to be a Ghost Rider. But with his brother in charge downstairs, Ketch must become Earth's Spirit of Vengeance full-time - no matter how much he'd rather be doing anything else. And with the psychopathic symbiote Carnage targeting a third Ghost Rider, Alejandra Jones, he could be her only hope! But when the inevitable happens and Rider battles Rider, who will Mephisto have his money on? Collecting GHOST RIDER (2019) #1-4, ABSOLUTE CARNAGE: SYMBIOTE OF VENGEANCE and material from MARVEL COMICS PRESENTS (2019) #6 and INCOMING #1.
Rated T+
In Shops: Jun 03, 2020
SRP: $15.99
View All Items In This Series
ORDER SUBSCRIBE WISH LIST