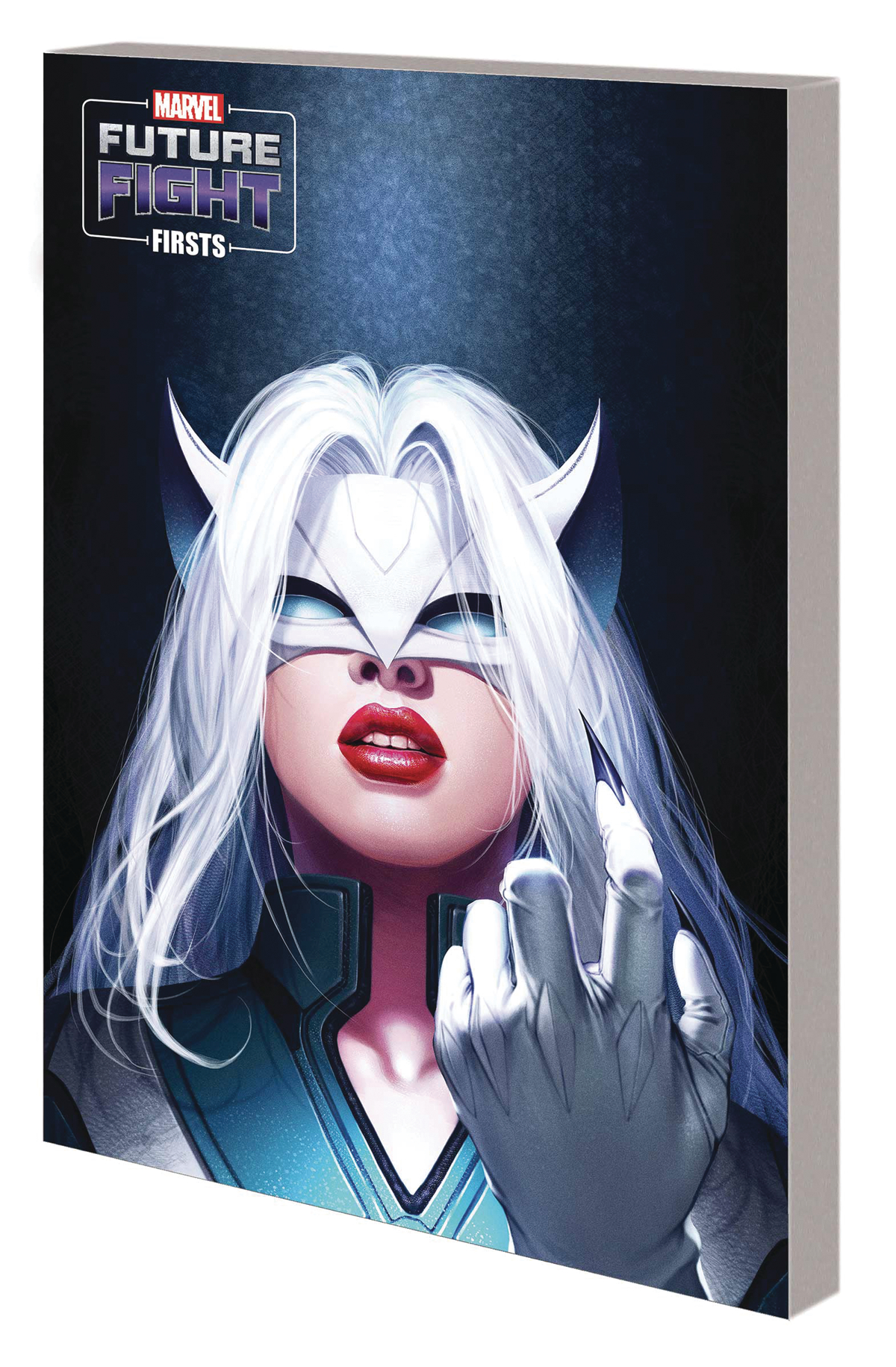 JAN201054
(W) Alyssa Wong (A) Jon Lam, Lim, Gang Hyuk, More (CA) Inhyuk Lee
The breakout stars of the Marvel Future Fight mobile game feature in action-packed adventures! See how Dan Bi, a young girl from South Korea, first brought an ancient mystical bear spirit into the modern world - and how this unlikely duo became the evil-smashing team known as Crescent and Io! K-pop sensation Seol Hee already has the power to melt fans' hearts - but as crimefighter Luna Snow, she can also freeze her enemies! Discover how she juggles life as an international pop star with being a costumed hero! And Ami Han is White Fox: a superspy and the last of the kumiho, a mystical race of shape-shifters. But who was she before she became White Fox - and what happened to the rest of the kumiho? Also featuring the far-out Future Avengers! Collecting FUTURE FIGHT FIRSTS: CRESCENT AND IO, LUNA SNOW and WHITE FOX.
Rated T+
In Shops: Mar 25, 2020
SRP: $15.99