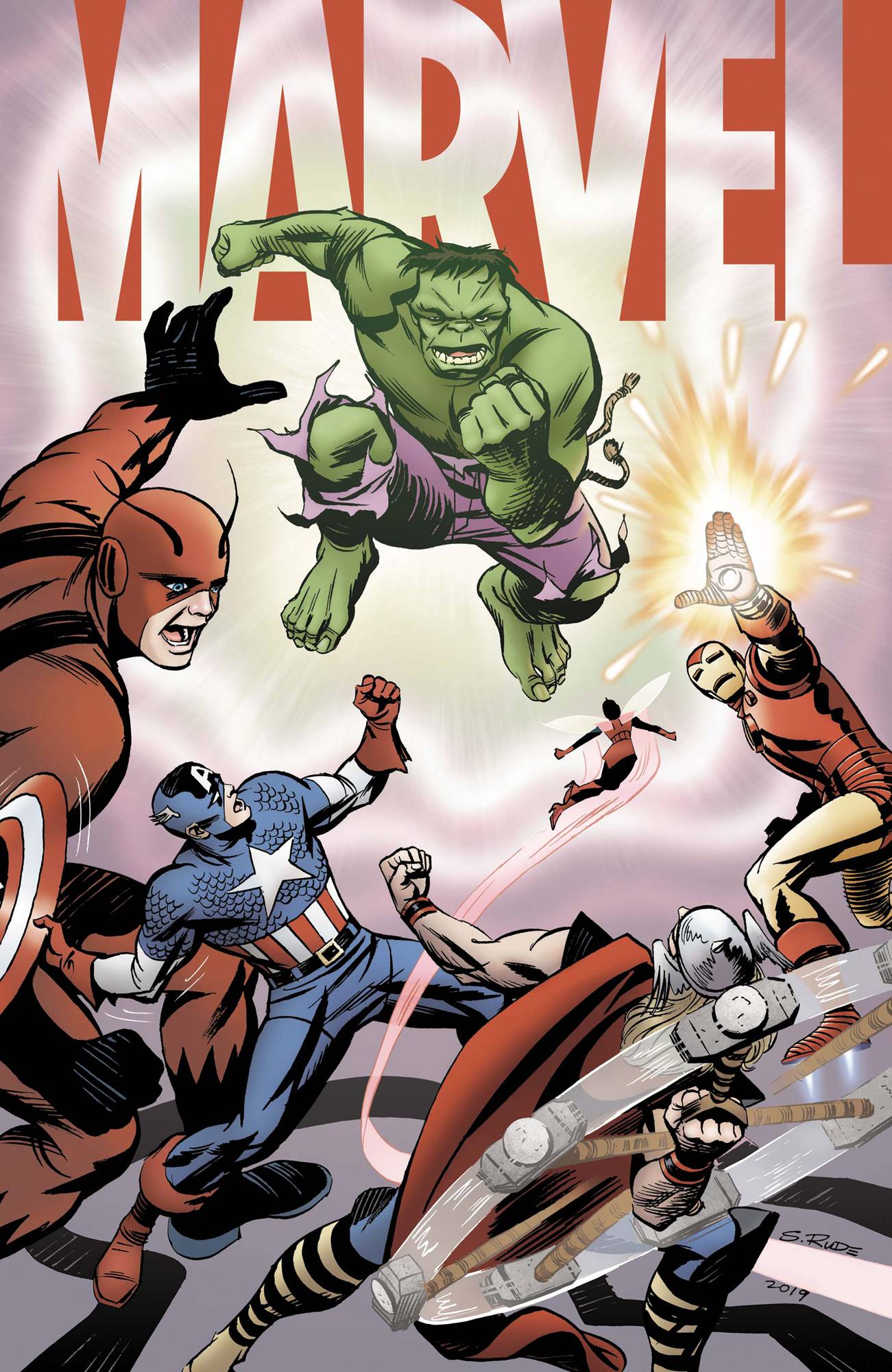 #
JAN200868
(W) Alex Ross, More (A) Alex Ross, More (CA) Steve Rude
Thirty years ago, Alex Ross had a vision of a new series showing the Marvel heroes in a way they'd never been seen before. The first realization of that idea became the blockbuster MARVELS - but today Alex finally brings about his original vision: An anthology of stories by unique, exceptional talents, many of whom are doing Marvel characters for the very first time. Over this showcase series you'll see work by such artists as Adam Hughes, Bill Sienkiewicz, Dan Brereton and more, linked together by an overarching story by Alex and Steve Darnall.
This inaugural issue kicks it all off with superstar artists Frank Espinosa (Rocketo, Looney Tunes) telling an unusual Spider-Man story and Steve Rude (Nexus), teaming up with Kurt Busiek (Marvels, Avengers) for an Avengers story, framed by Alex and Steve Darnall (Uncle Sam, Marvels) presenting a tale of the dread dreamland Nightmare, and his threat to the entire Marvel Universe...and possibly beyond.
A once-in-a-lifetime assemblage of talent - you won't want to miss a single page!
Rated T
In Shops: Mar 04, 2020
SRP: $4.99
View All Items In This Series