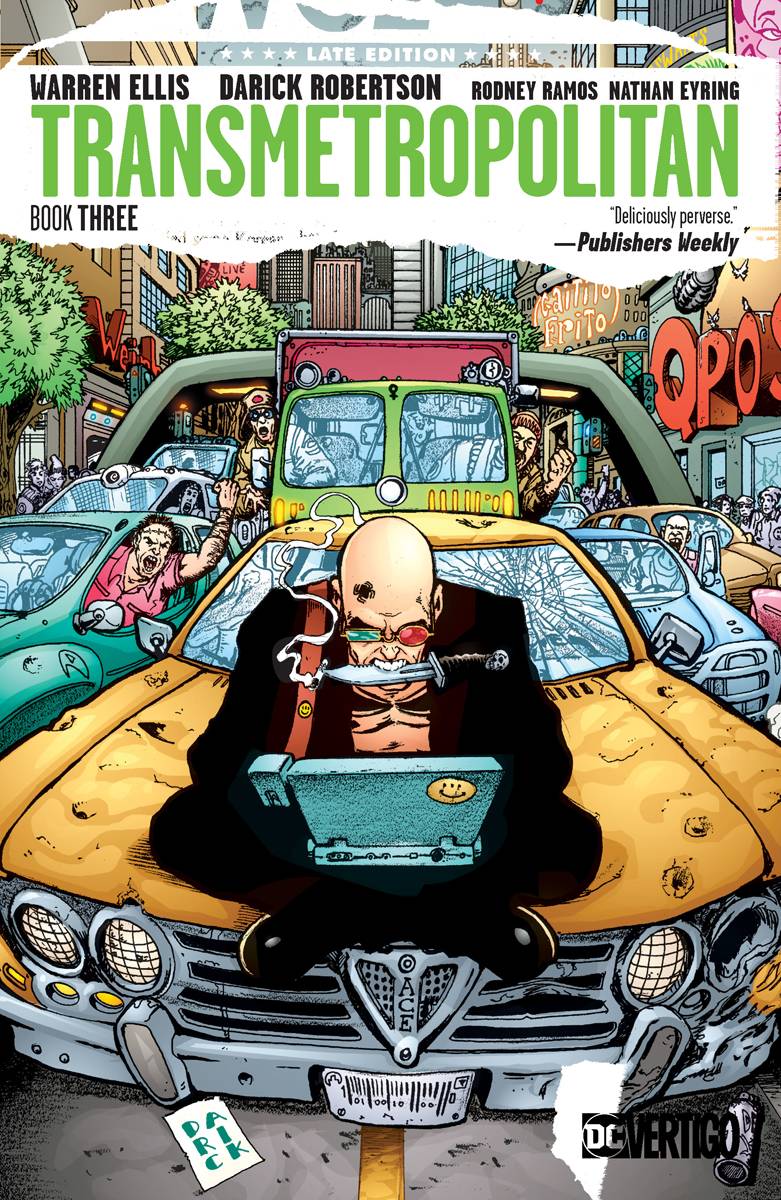 #
JAN200671
(W) Warren Ellis (A) Rodney Ramos, Kieron Dwyer, Bryan Hitch, Frank Quitely, Eduardo Risso, Lea Hernandez (A/CA) Darick Robertson
In the third year of the seminal series, no-holds-barred investigative reporter Spider Jerusalem delves into the City's police corruption. Despite drugs, drinking, and paranoia, Spider and his filthy assistants are hot on the trail of the truth behind the newly elected president's campaign. This volume includes the stories "Lonely City" and "Gouge Away," plus standalone stories such as "Nobody Loves Me," featuring guest artists Lea Hernandez, Kieron Dwyer, Bryan Hitch, Frank Quitely, and Eduardo Risso. Collects Transmetropolitan #25-36 and a story from Vertigo: Winter's Edge #3.
In Shops: May 20, 2020
SRP: $29.99
View All Items In This Series
ORDER SUBSCRIBE WISH LIST