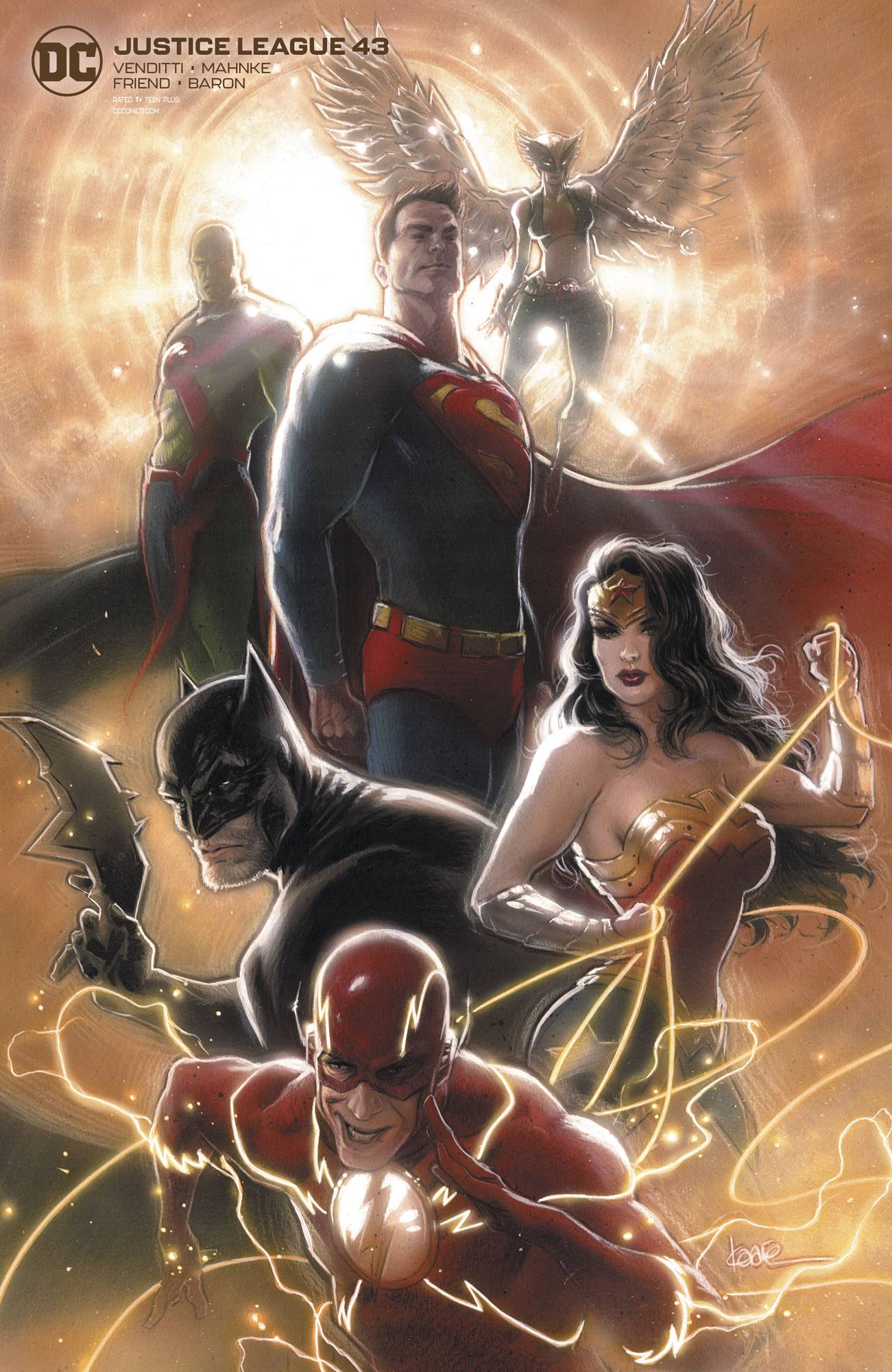 #
JAN200558
(W) Robert Venditti (A) Doug Mahnke, Matt Ryan (CA) Jamal Campbell
All secrets revealed! Caught in the Justice League's trap, the Eradicator reveals the truth hidden in his circuits.  And as Superman confronts his past defeat, it's up to Wonder Woman to make a decision that will divide the team. The no-holds-barred war between the League and a murder machine with Superman's face concludes!
In Shops: Mar 18, 2020
SRP: $4.99
View All Items In This Series
ORDER SUBSCRIBE WISH LIST