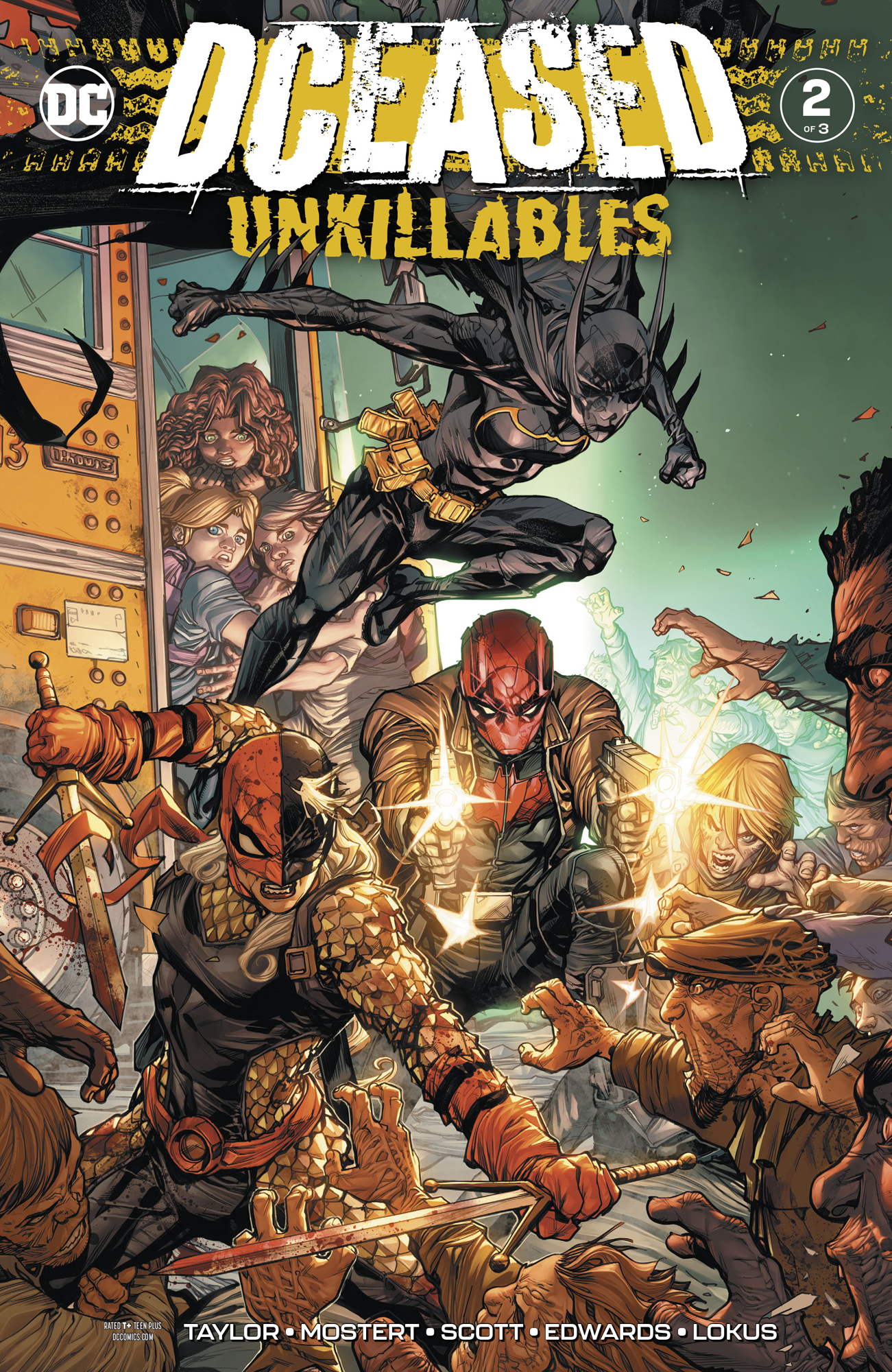 JAN200513
(W) Tom Taylor (A) Karl Mostert, Trevor Scott (CA) Howard Porter
With the world ending around them, Red Hood and Batgirl take shelter in the most unlikely place: an orphanage full of children! Will they be able to protect the kids from the impending hordes of the infected streaming out of Gotham City and Blüdhaven? And elsewhere, Deathstroke, Vandal Savage, and some of DC's worst villains battle the apocalypse out as an "Anti-Suicide Squad." But a certain wondrous woman may not let them have it their own way!
In Shops: Mar 18, 2020
SRP: $4.99
View All Items In This Series