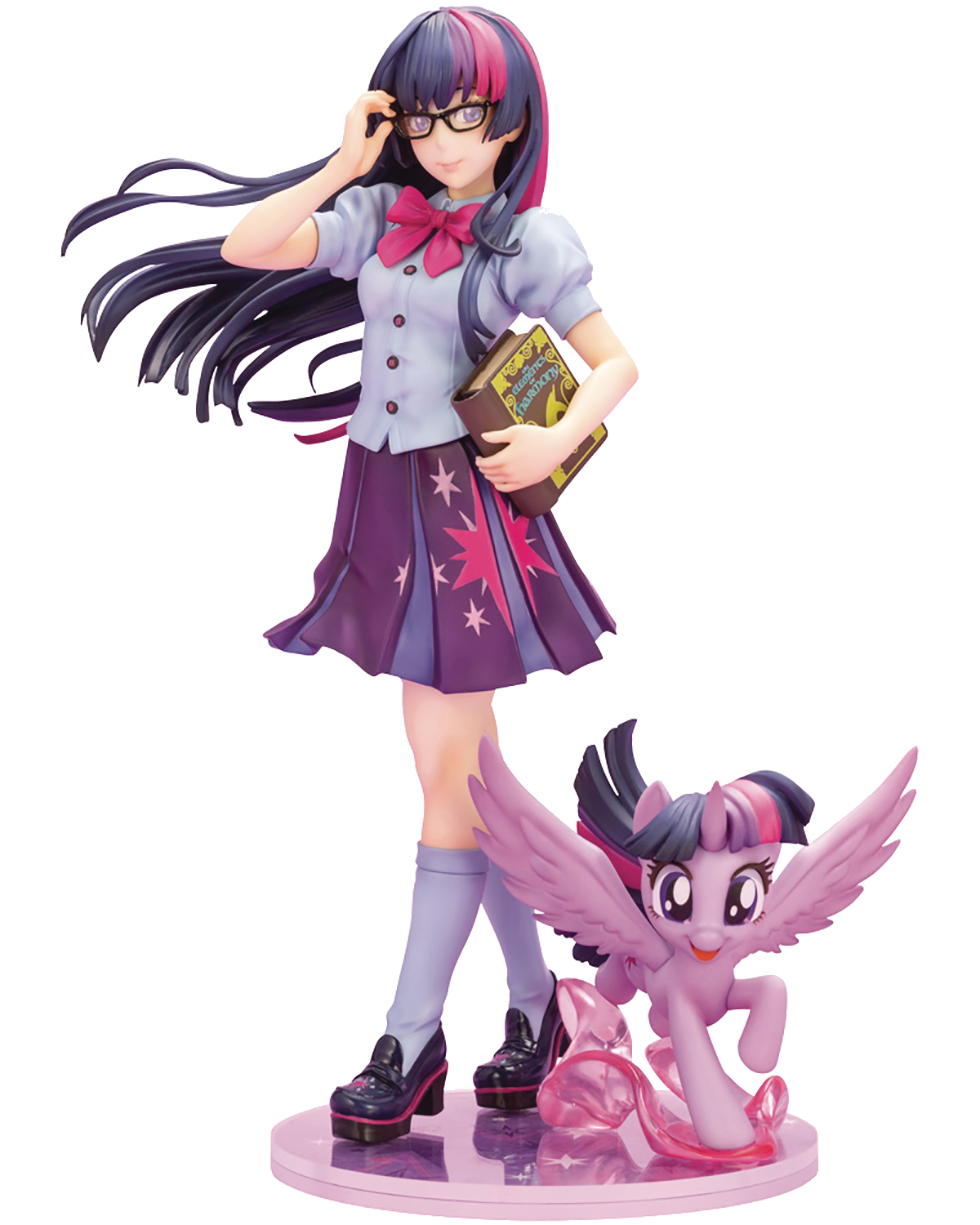 JAN198532
From Kotobukiya. Characters from the American cultural phenomenon My Little Pony are joining the Bishoujo series! The next character to join the lineup is the serious and studious protagonist of the series, Twilight Sparkle! She has been beautifully rendered into the Bishoujo style by Bishoujo series illustrator Shunya Yamashita. Based on her human appearance in Equestria Girls, the Bishoujo rendition of Twilight Sparkle wears a stylish school girl inspired outfit. The Bishoujo's iconic long straight hair is recreated flowing lightly around her. Twilight Sparkle's kindness and delicacy are expertly translated into statue form, down to the tips of the fingers perched lightly on the frame of her glasses. The statue also includes a pony version of Twilight Sparkle, who is floating lightly at the Bishoujo's feet. The pony statue was sculpted with the utmost attention to detail, and her long eyelashes are a site to behold!