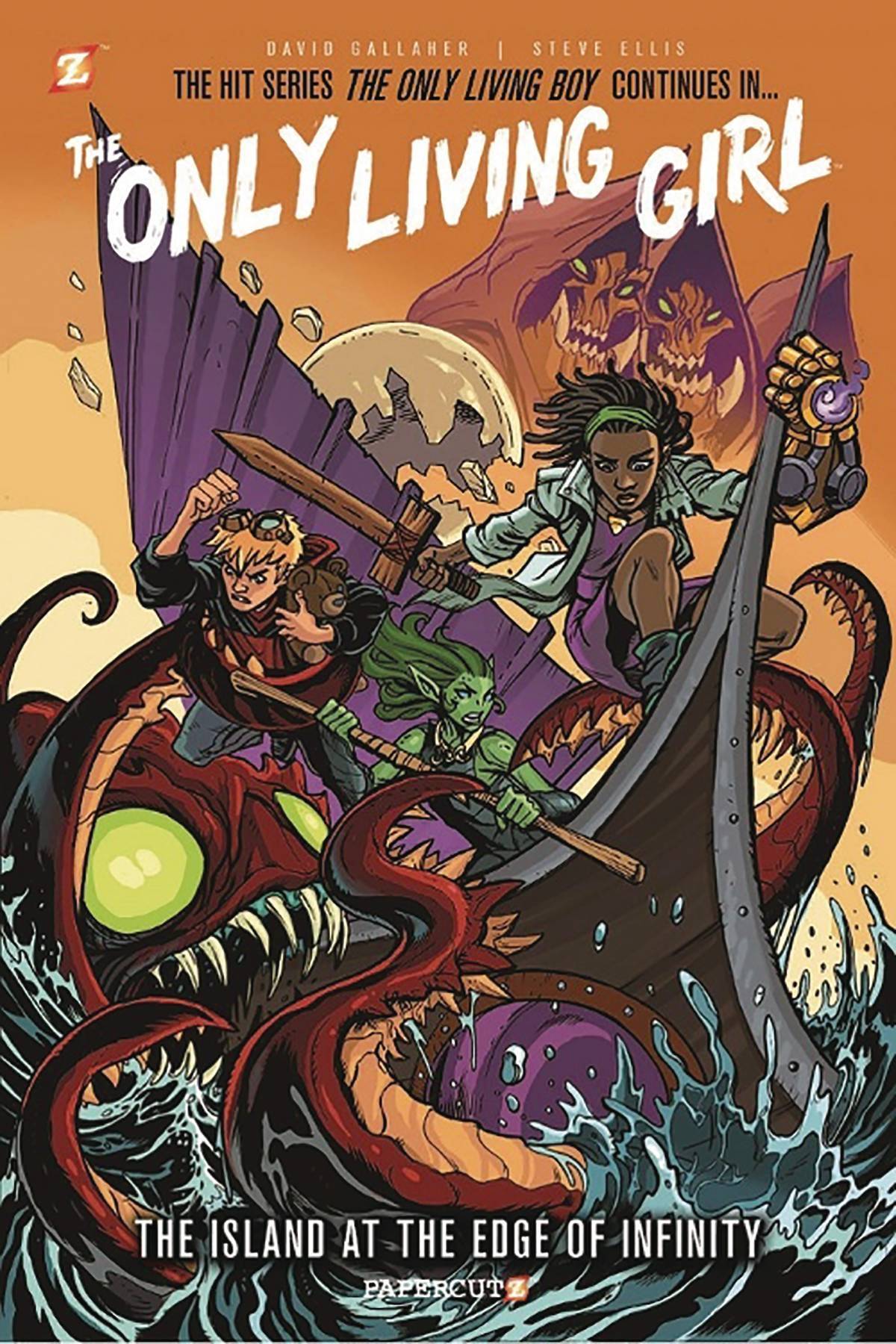 #
JAN192031
(W) David Gallaher (A) Steve Ellis
From the award-winning team behind THE ONLY LIVING BOY, David Gallaher and Steve Ellis bring you the sequel THE ONLY LIVING GIRL, an action-packed adventure perfect for fans of AMULET, MS. MARVEL, and DC SUPER HERO GIRLS.
Zandra 'Zee' Parfitt is one of the last human survivors of a cosmic disaster that merged hundreds of planets into the mysterious patchwork wasteland of Chimerika. After learning that the experiments of her late father, the diabolical Doctor Once, created this world, Zee and her companions - classmate Erik Farrell and mermaid warrior Morgan - embark on a dangerous quest filled with robots, monsters, unknown civilizations, and unlikely allies. Together they push back against the relentless Consortium, who want control of this new world at any cost. Through it all, Zee searches for the truth of her past so she can redeem her father's legacy.
In Shops: Jun 12, 2019
SRP: $13.99
View All Items In This Series