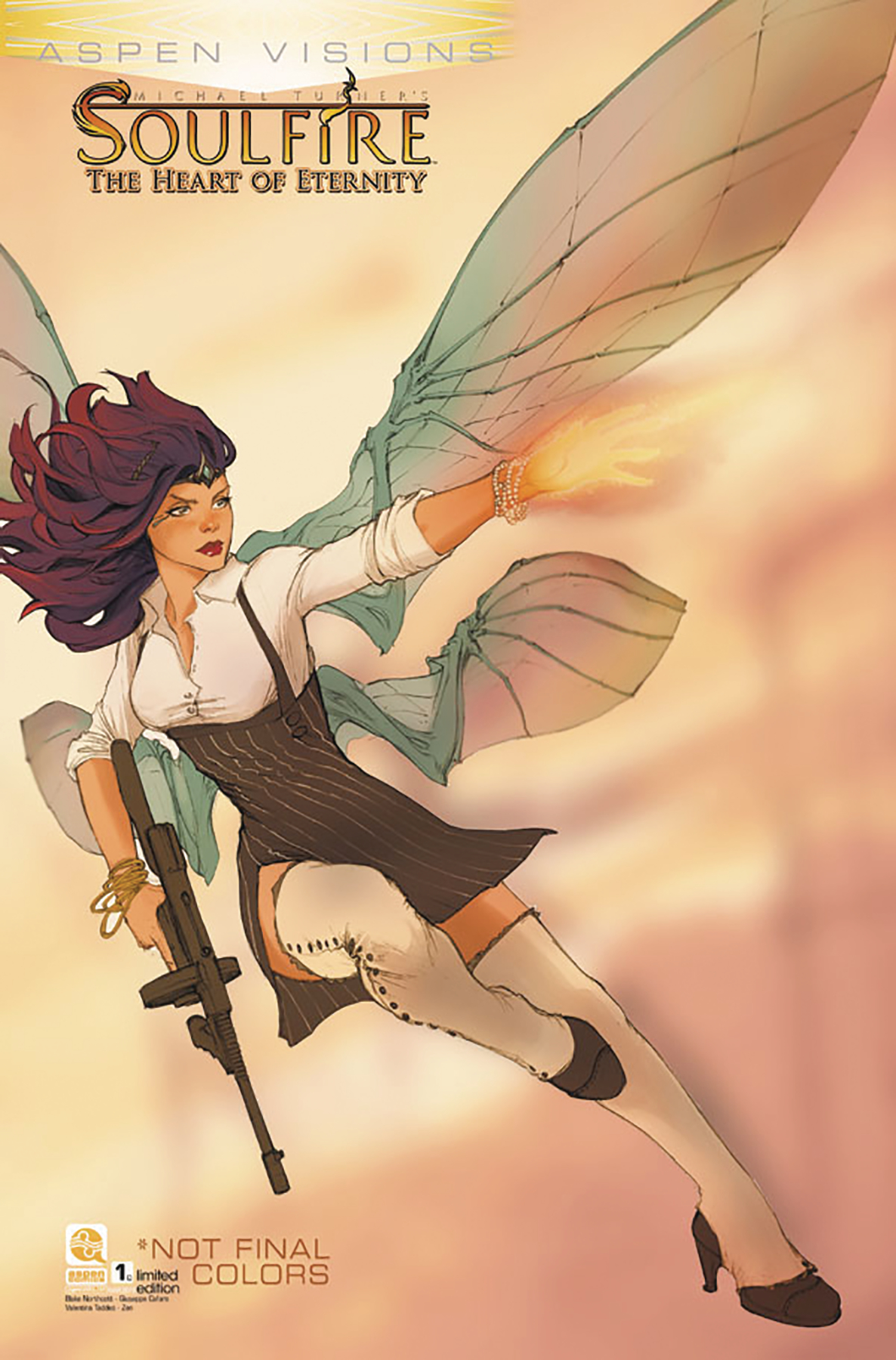 JAN191612
(W) Blake Northcott (A) Giuseppe Cafaro (CA) J. P. Mavinga
In the tradition of DC's Elseworlds and Marvel's "What If?" classic stories comes Aspen's most mind-bending concept ever-ASPEN VISIONS!
The third chapter and CONCLUSION to the special three part mini-series spanning across Aspen's most popular titles-Fathom, Soulfire and Executive Assistant Iris!
The setting switches to The Soulfire Universe, as the eco-war monger, Nestor, continues to put all of humanity in his crosshairs in his quest to save the dragons! Aspen Matthews and Executive Assistant Iris attempt to thwart his plan far in the future, but several magical challenges stand in their way!
The all-new ASPEN VISIONS line of books will shatter everything you know abou
In Shops: Mar 06, 2019
SRP: PI
View All Items In This Series