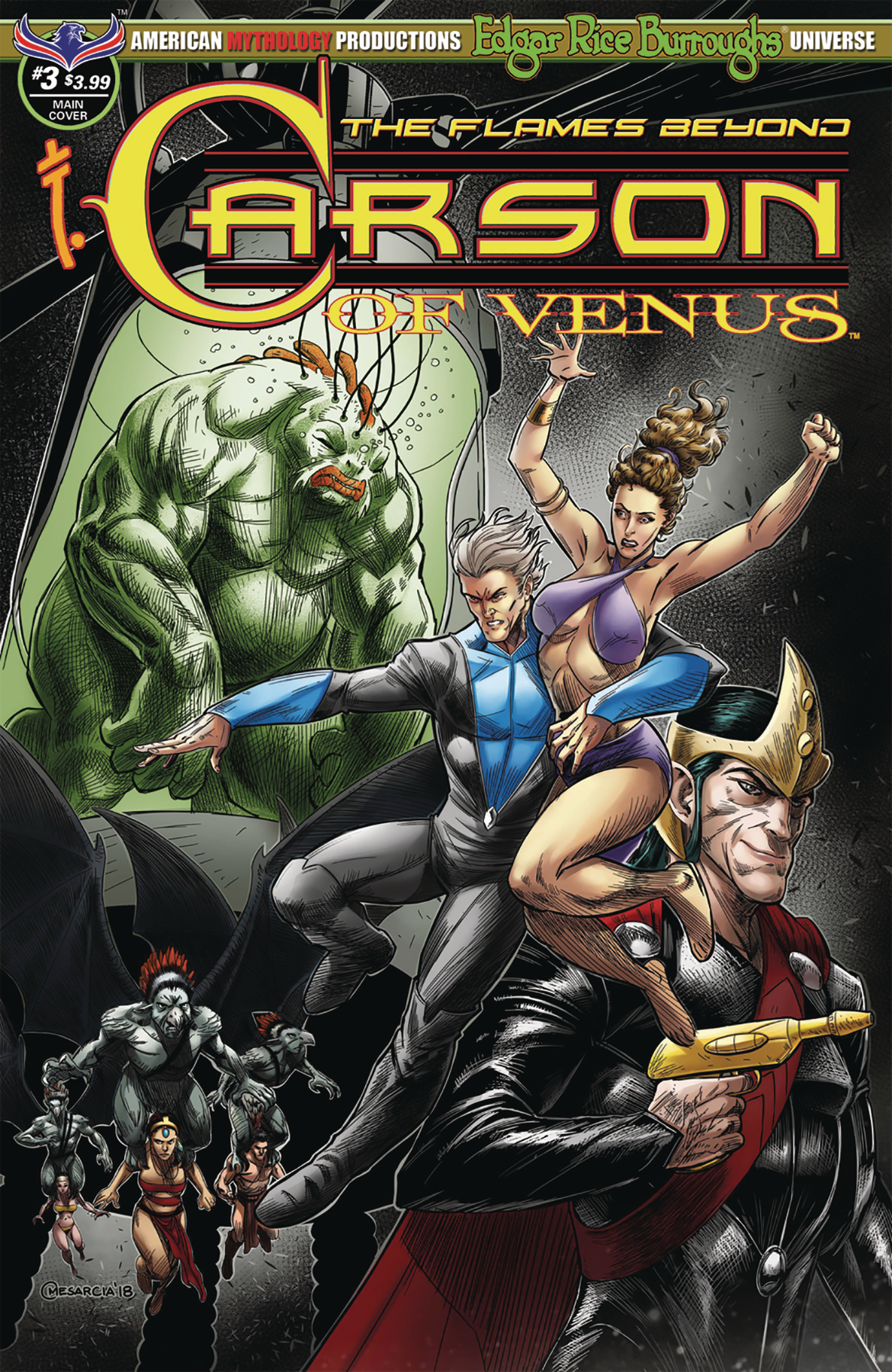 JAN191529
(W) Carey Christopher Paul (A) Cyrus Mesarcia (CA) Michael William Kaluta
In the climactic conclusion of Carson of Venus: The Flames Beyond, Carson Napier must go head to head with his nemesis Varlek Sar, whose army of ghostly Carson duplicates is locked in a deadly battle with the allied forces Duare has assembled from across Amtor. But the war raging in the streets of the dystopian science-city of Havatoo is just the diversion Varlek Sar needs, as he sets his sights beyond the mythical flames that surround Amtor to achieve his true goal-conquest of the planet Earth! Carson of Venus The Flames Beyond #3 comes with three covers - Main by series artist Cyrus Mesarcia, Pulp Homage by Puis Calzada, and limited-edition Character Design edition also by Mesarcia.
In Shops: Apr 03, 2019
SRP: $3.99
View All Items In This Series