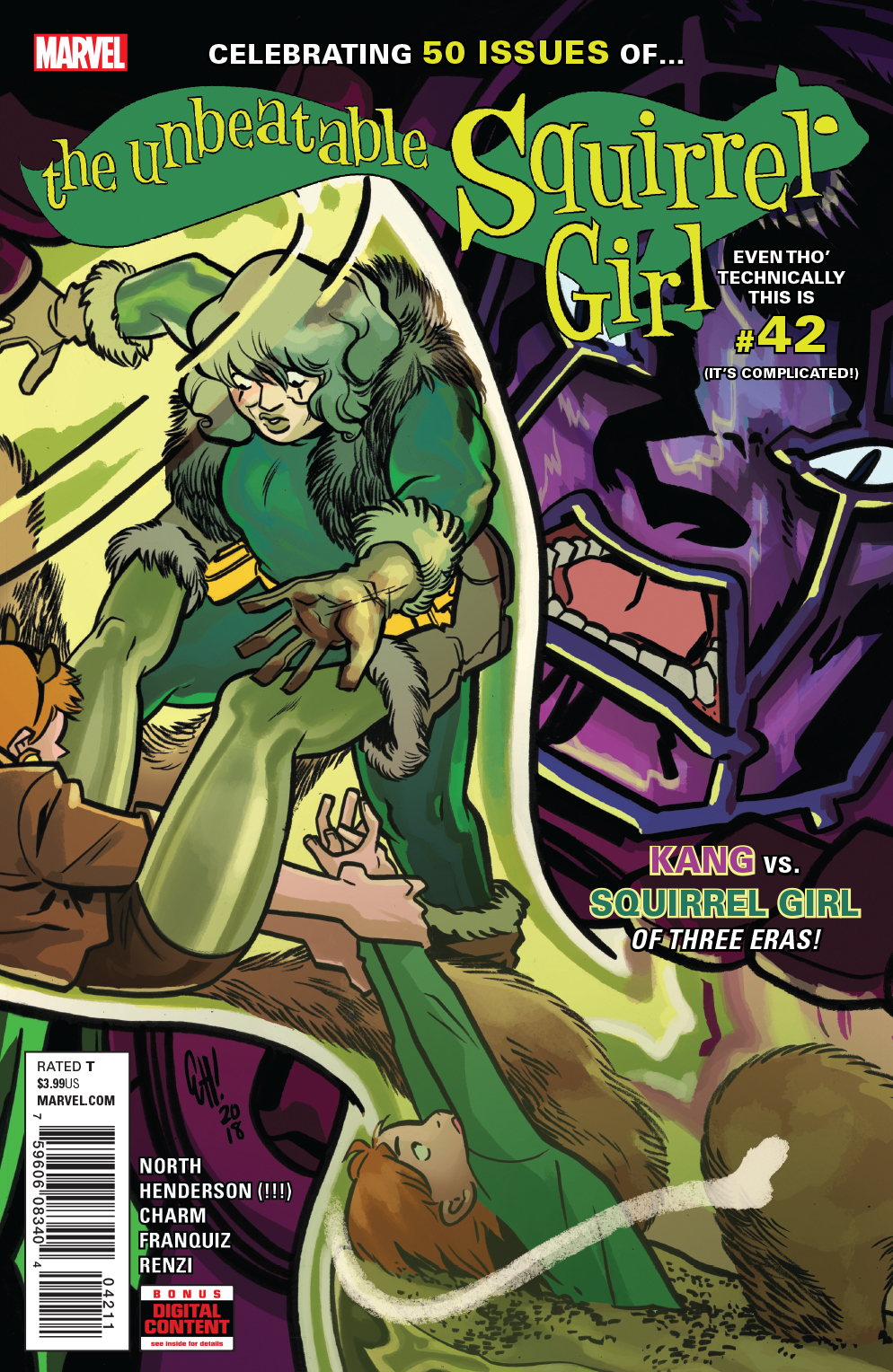 JAN191025
(W) Ryan North (A) Naomi Franquiz, Derek Charm (A/CA) Erica Henderson
CELEBRATING 50 ISSUES OF SQUIRREL GIRL!
•  It's the 50TH ISSUE of THE UNBEATABLE SQUIRREL GIRL! That's right: this issue - #42 - is our 50th!
•  It says #42 on the cover, but that's only because we had eight issues, and then a second #1 in our first year, although this of course doesn't count the OGN (SQUIRREL GIRL BEATS UP THE MARVEL UNIVERSE), which is another five issues of story, which would put us at... issue #55? This is getting complicated. Anyway!
•  By a certain way of counting, it's our 50TH ISSUE of THE UNBEATABLE SQUIRREL GIRL!
•  And to celebrate, we're doing a stand-alone story in which she takes on none other than... KANG THE CONQUEROR. It's a battle across space AND time as Kang attacks three distinct eras of Doreen!
•  And it's not just Kang who is joining us for this celebration! Original UNBEATABLE artist Erica Henderson is joining series regular Derek Charm, along with Naomi Franquiz!
•  THIS IS A REALLY GOOD ISSUE AND WE'RE SUPER BIASED BUT WE THINK YOU SHOULD ORDER IT, THANKS.
Rated T
In Shops: Mar 13, 2019
SRP: $3.99
View All Items In This Series