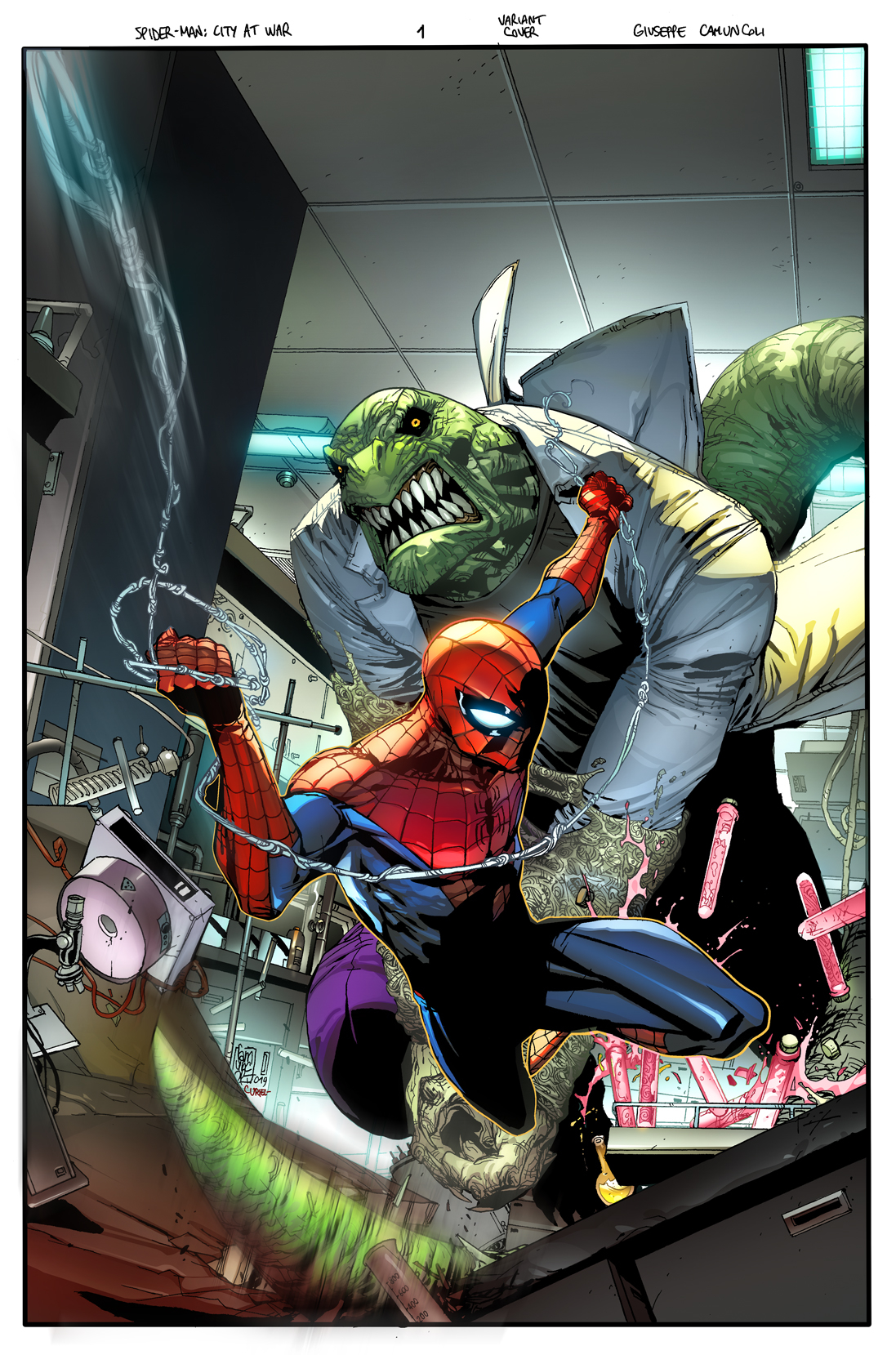 JAN190972
(W) Dennis Hopeless (A) Michele Bandini (CA) Giuseppe Camuncoli
PRESS START ON A BRAND-NEW MARVEL UNIVERSE!
Showered with worldwide acclaim, the blockbuster Marvel's Spider-Man has everyone's spider-sense buzzing! Now you can experience the emotional and shock-filled story that takes favorite characters (including Mary Jane, Aunt May, Norman Osborn, Otto Octavius and Miles Morales) and spins them into an all-new and unexpected web of drama, spectacle, and classic Spidey action in the Mighty Marvel Manner...with more original stories to come!
After years of seeing Wilson Fisk escape criminal prosecution, the wise-cracking web-slinger finally has the opportunity to team with the PDNY to help them arrest his fearsome foe. But when the Kingpin of Crime is removed from the mean streets of the Big Apple, how will the mysterious Mister Negative's ascent to power bring Peter Parker's civilian world and Spider-Man's superhuman worlds crashing together?
Plus: All-new story moments never seen in the game and bonus behind-the-scenes content!
Rated T
In Shops: Mar 20, 2019
SRP: $3.99
View All Items In This Series