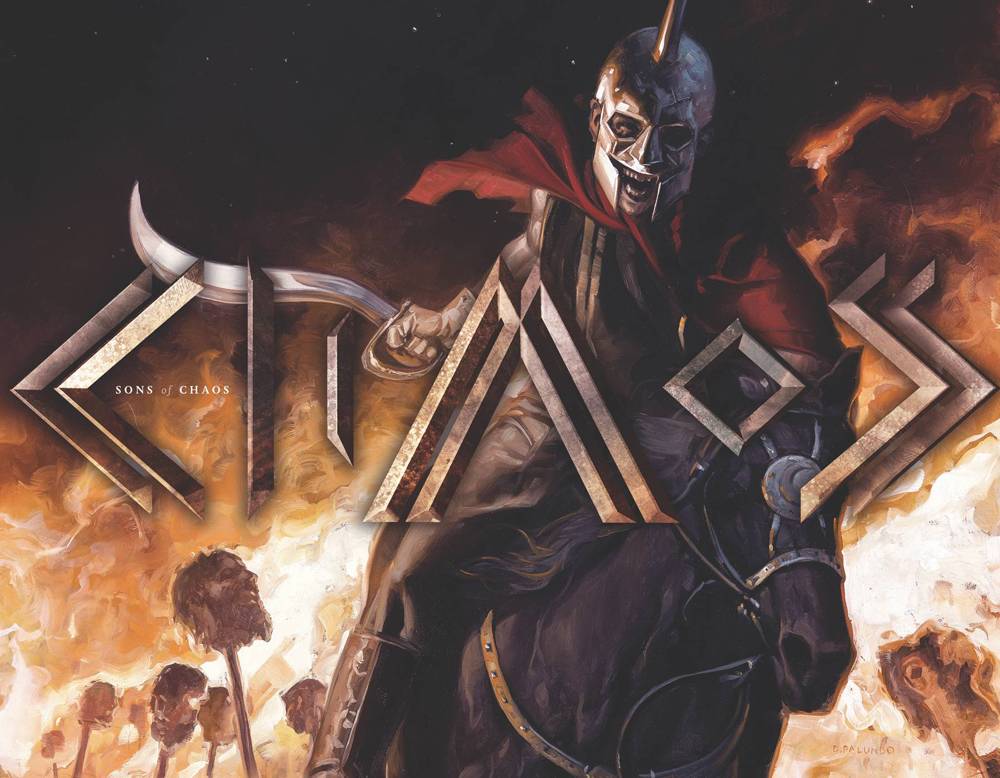 #
JAN190857
(W) Chris Jaymes (A) Alejandro Aragon
Oversized, panoramic graphic novel Sons of Chaos, exposes the quiet agenda of the Ottoman Empire's most brutal dictator, and his fascination with a young Greek boy that led to a war that would define the Western World.

An immersion into the moments we never see, and the self-serving motivations that convince a nation that violence is warranted, and that war is necessary.

In honor of the 200 Year anniversary of the Greek War for Independence, Sons of Chaos presents the story of 1821 through the eyes of Marcos Botsaris, the son of a respected Greek leader taken prisoner as a child and raised within the dungeons of history's most infamous Ottoman Pasha, known as the "Napoleon of the East"-- Ali Pasha of Ioannina.  Over the next ten years, the bond formed between them would define history.

The Greek War for Independence was a conflict that quietly influenced the entire world and participants ranged from the London Stock Exchange to celebrities such as Lord Byron, as well as average impassioned Americans willing to transport themselves across the Atlantic to fight alongside the Greeks.

This conflict was the pinnacle of what we now know as the Romantic Period and yet, it's a war that few know ever existed outside of the Greek and Turkish cultures; a war that stimulated the fall of the Ottoman Empire and shaped Western Civilization as we now know it, and in a sense is being fought today under a different heading amongst today's political world leaders.

Hundreds of years of Ottoman rule gave the Greeks a reason to fight. Marcos Botsaris gave them a leader.