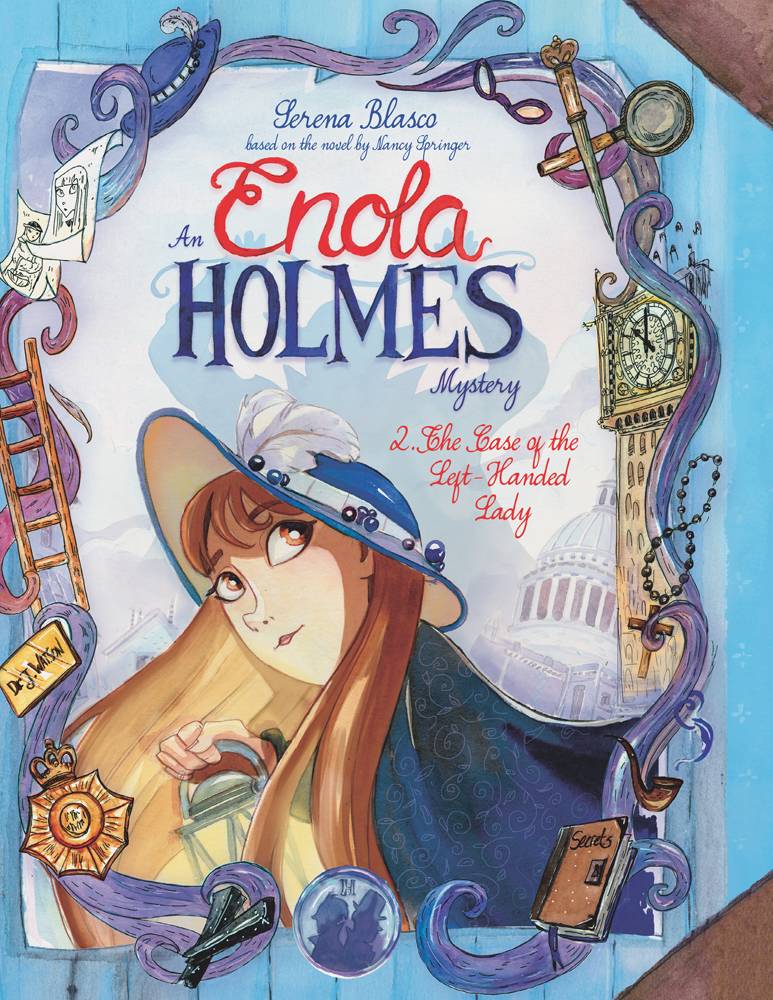 #
JAN190845
Sherlock Holmes's younger sister returns to solve another mystery in ENOLA HOLMES, VOL. 2: THE CASE OF THE LEFT-HANDED LADY, by Serena Blasco, based on the book series by Nancy Springer! Enola has more tricks up her sleeve this time around as she stays one step ahead of her brothers, Sherlock and Mycroft!
Enola Holmes is the much-younger sister of the celebrated detective, Sherlock Holmes. Hiding from Sherlock and her other brother Mycroft, who want to place her in a boarding school since their mother's disappearance, Enola has reinvented herself as Ivy Meshle, secretary to the fictitious Dr. Ragostin, specialist in finding missing persons. Her new client? None other than Sherlock's friend, Dr. John Watson! His mission: to employ Dr. Ragostin to find the missing Enola! She decides to take the case, only so she can keep tabs on Sherlock's every move to locate her.
Yet Ivy Meshle is just one of Enola's disguises. In her search for a missing teenager, the Lady Cecily Alistair, she alternately poses as Lady Ragostin, wife of her non-existent employer, and as "Sister," the kindly nun who braves the dangerous nighttime alleys to bring comfort to the homeless. All the time she and Sherlock play a game of cat and mouse...until the surprise ending when Enola hides in the one place Sherlock won't think of looking.
This beautifully drawn graphic novel adaptation also includes a portfolio of pages from Enola's secret notebook.
In Shops: Jul 31, 2019
SRP: $14.99
View All Items In This Series