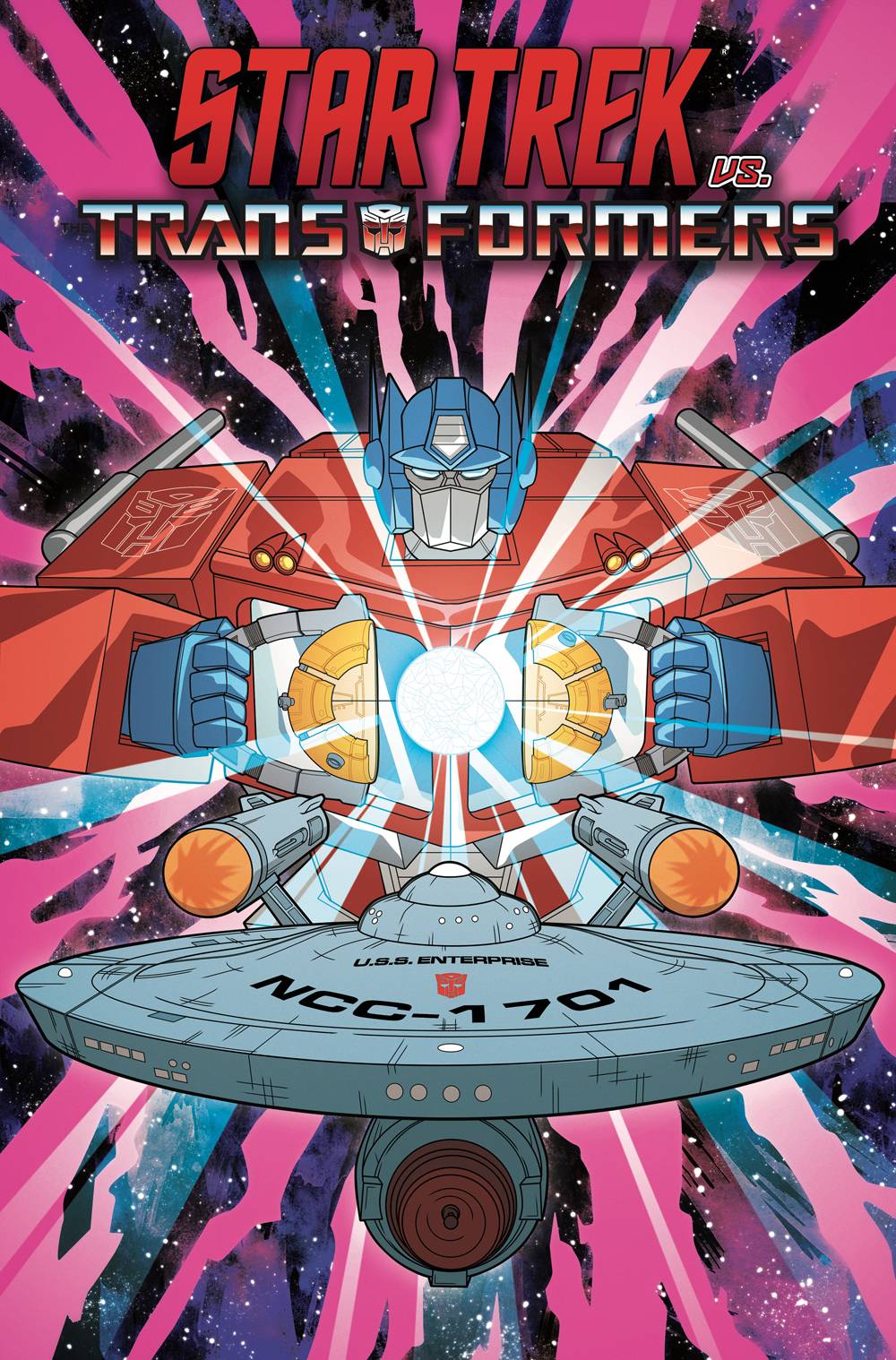 #
JAN190796
(W) John Barber, Mike Johnson (A) Jack Lawrence (A/CA) Philip Murphy
When Kirk, Spock, and the entire crew of the U.S.S. Enterprise investigate problems at a remote mine, they're met with a explosive battle between powerful warriors who change into vehicles from the 20th century! As the battle between the Autobots and Decepticons rages, it's up to Kirk to decide-does he violate the Prime Directive and interfere in a war that's raged for millenia? And how will the Klingons complicate the issue? It's cartoony fun between two of the most popular science fiction franchises in the world!

Advance solicited for May release!
Four decades in the making, it's the crossover that fans have demanded! Kirk, Spock, and Autobots! Decepticons and Klingons! Optimus Prime and the Prime Directive!
In Shops: Jun 12, 2019
SRP: $17.99