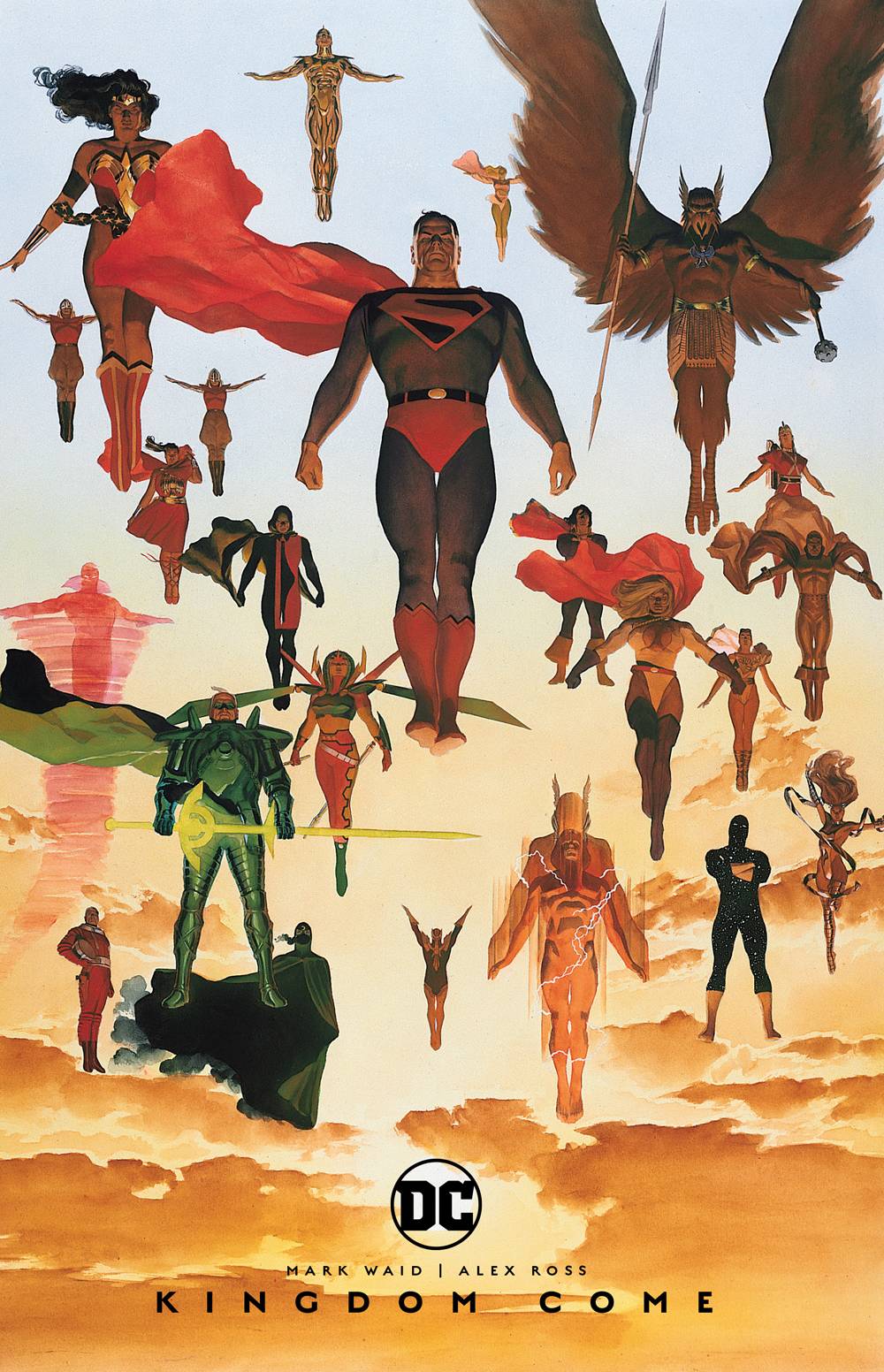 #
JAN190687
(W) Mark Waid (A/CA) Alex Ross
Winner of five Eisner and Harvey awards, KINGDOM COME is the best-selling graphic novel from acclaimed writer Mark Waid and superstar painter Alex Ross, now back as part of the new DC Black Label line with the four-issue KINGDOM COME epic and more than 150 pages of behind-the-scenes material, including sketches, annotations and the never-before-published original proposal, series treatment, series outline, issue #1 outline and issue #1 script.
In the near future, the DC Universe is spinning out of control. The new generation of heroes have lost their moral compass, becoming as reckless and violent as the villains they fight. The previous regime of heroes-the Justice League-returns under dire circumstances, which sets up a battle of the old guard against these uncompromising protectors in a conflict that will define what heroism truly is.
In Shops: May 01, 2019
SRP: $19.99
ORDER WISH LIST