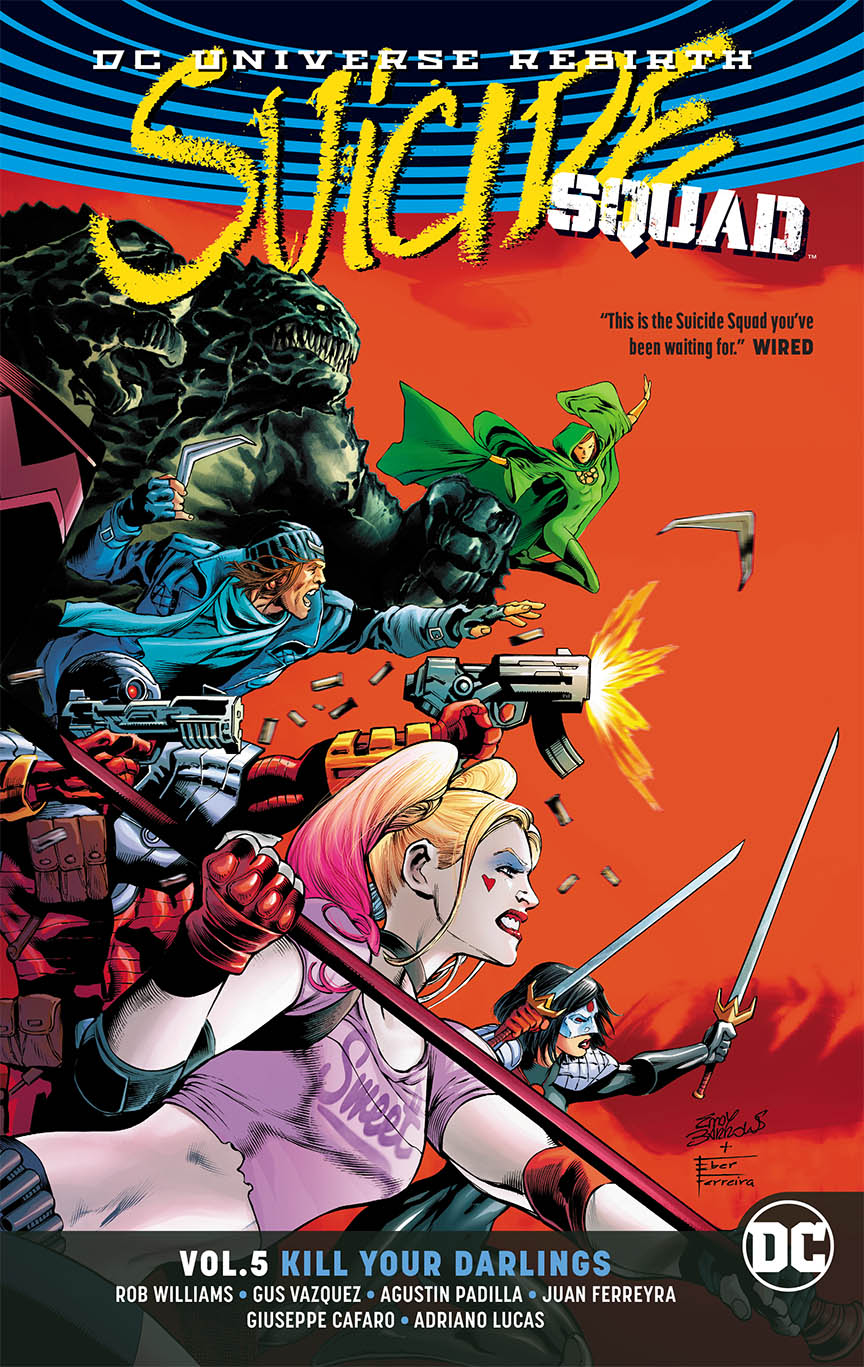 JAN180389
(W) Rob Williams (A) Gus Vazquez, Agustin Padilla, Juan Ferreyra, Giuseppe Cafaro (CA) Eddy Barrows, Eber Ferreira
Devastated by Rustam and his Burning World, the international conspiracy known as the People reveal themselves to Amanda Waller in a desperate move to secure their mysterious endgame for planet Earth! Meanwhile, the walls tighten for Boomerang as Harley Quinn gets closer to discovering the traitorous murderer within Task Force X! Collects issues #21-25.
In Shops: Apr 11, 2018
SRP: $14.99
View All Items In This Series