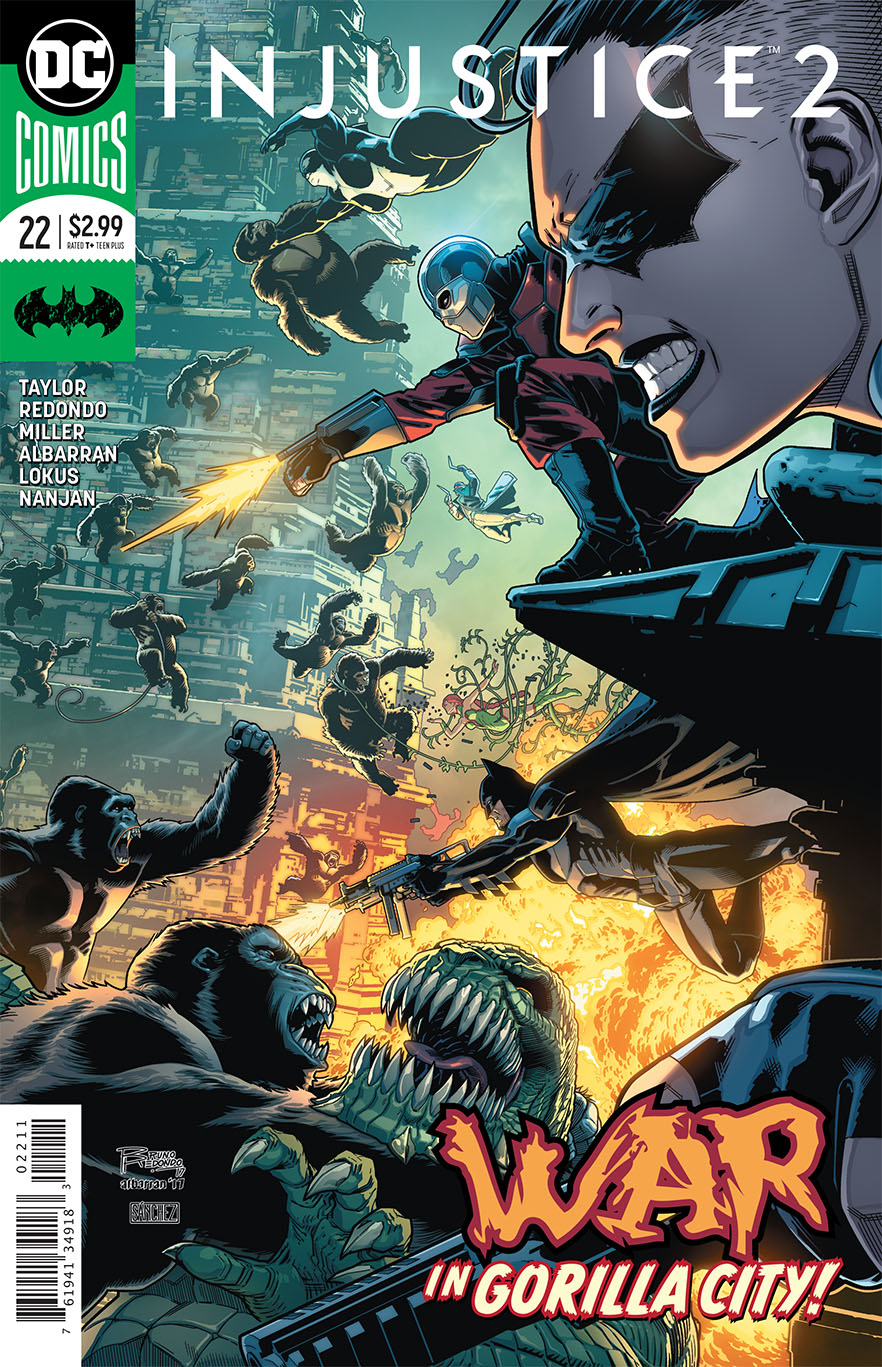 JAN180312
(W) Tom Taylor (A) Mike S. Miller (A/CA) Bruno Redondo, Juan Albarran
The Gorilla City rebellion explodes, putting Ra's al Ghul and his mission in jeopardy. It's up to the Suicide Squad to get him out alive-but Ra's has a trick or two up his sleeve. Later, Amazo is sent on another mission of mass destruction, but a new champion wearing the "S" shield is out to stop him.
In Shops: Mar 21, 2018
SRP: $2.99
View All Items In This Series