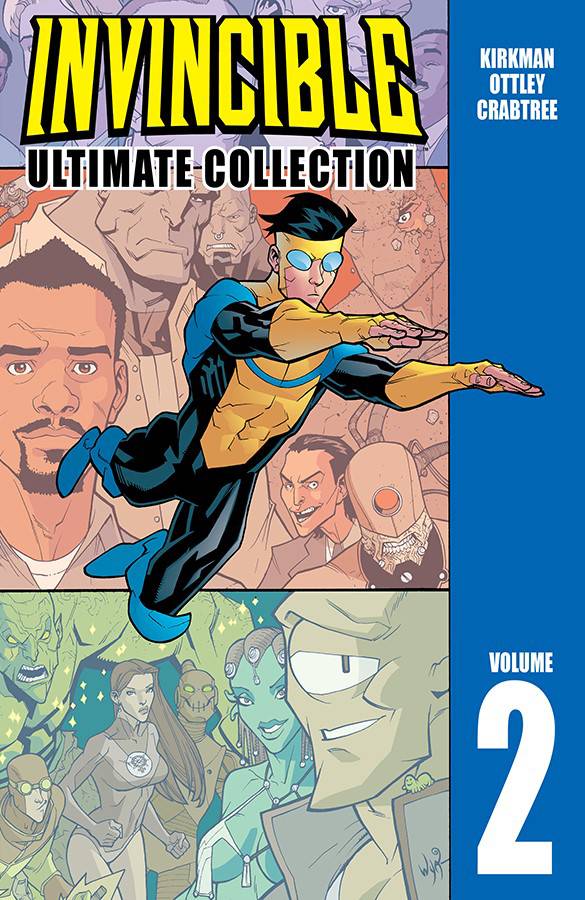 #
JAN178813
(W) Robert Kirkman (A) Joshua Luna, Todd Nauck, Khary Randolph, Matthew Roberts, Cory Walker (CA) Bill Crabtree, Kanila Tripp (A/CA) Ryan Ottley
In the aftermath of Mark's revelation concerning his father he's forced to pick up the pieces of his life and carry on. The ULTIMATE COLLECTION, VOL. 2 collects Invincible's struggle to become his own man, to stand on his own and live his own life. This is a can't miss for any INVINCIBLE fan and a perfect addition to any bookshelf. Forward by LOST co-creator DAMON LINDELOF. Collects INVINCIBLE #14-24, #0 and the FREE COMIC BOOK DAY 2004 story along with LOADS of extras.
In Shops: Apr 19, 2017
SRP: $39.99
View All Items In This Series