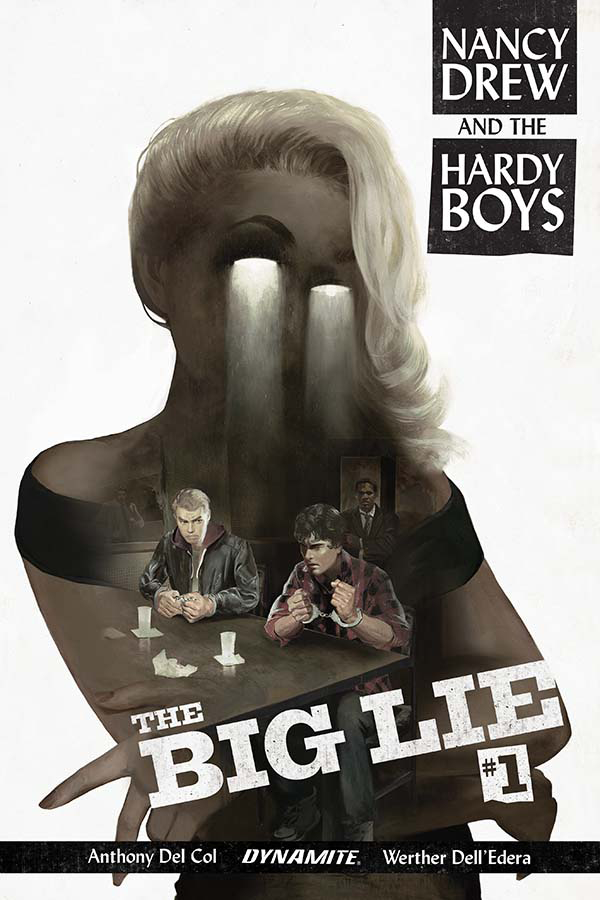 JAN171607
(W) Anthony Del Col (A) Werther Dell'Edera (CA) Fay Dalton
THE BIG LIE is a Nancy Drew and Hardy Boys mystery unlike any other you've ever read...

When the teenage brothers Frank and Joe Hardy are accused of the murder of their father - a detective in the small resort town of Bayport - they must team up with the femme fatale Nancy Drew to prove their innocence (and find the real guilty party in the process) in a twisting, hard-boiled tale, complete with double-crosses, deceit and dames.