COMPLETE TALES FROM THE CON TP 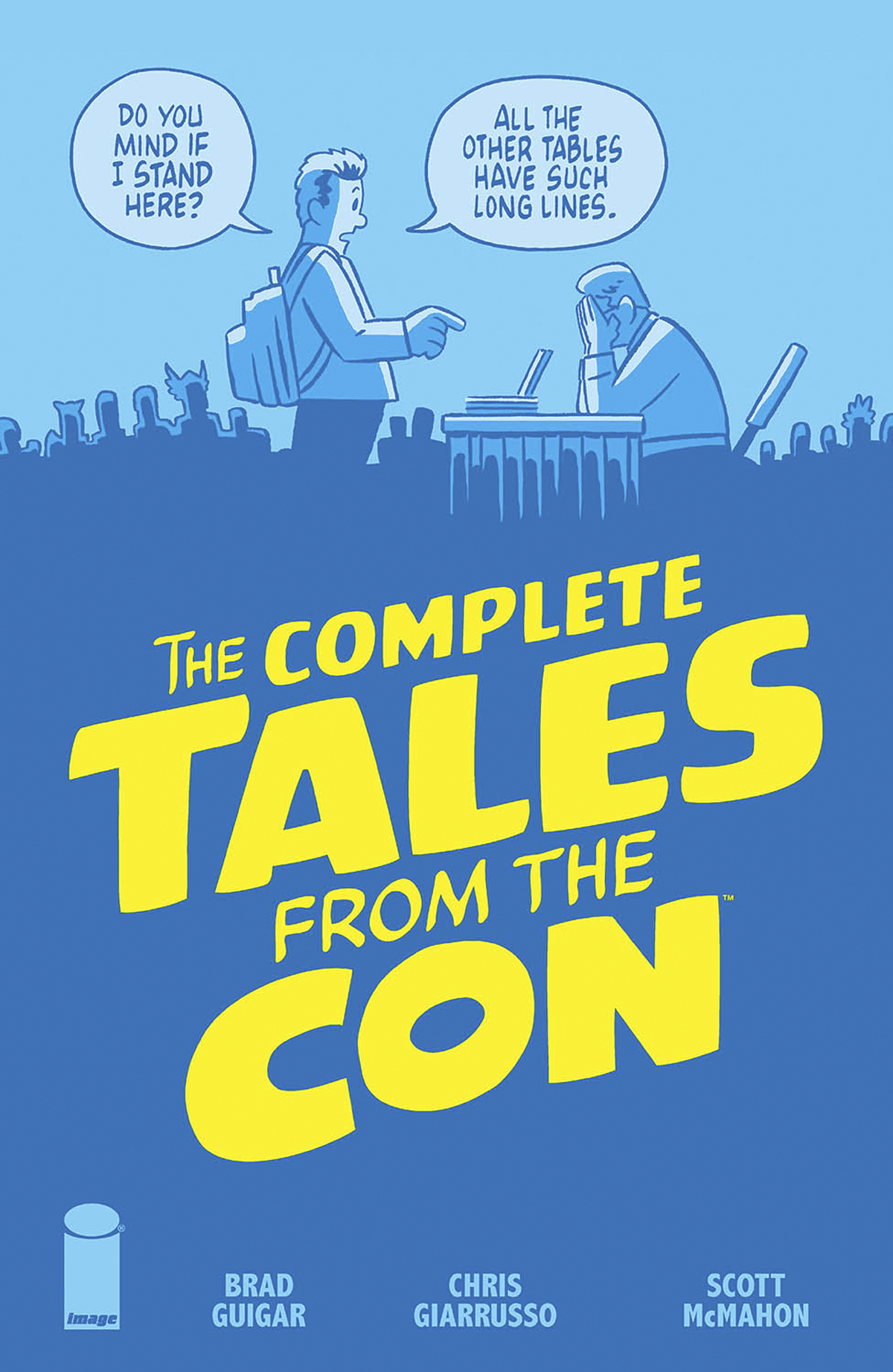 JAN170796
(W) Brad Guigar (A) Scott McMahon (A/CA) Chris Giarrusso
TALES FROM THE CON is an uproarious take on the world of comic books and conventions. Fanboys, fangirls, cosplayers, retailers, volunteers, and pros collide on the convention floor (and beyond) to prove that comic conventions are one part festival, two parts group therapy. Wrapping up a mega-successful run of over four years online, where it has entertained hundreds of thousands of fans, THE COMPLETE TALES FROM THE CON collects every single strip ever published online, along with some unpublished strips as well! Collects the complete FOUR-plus-year run of TALES FROM THE CON strips along with bonus material.
In Shops: Mar 01, 2017
SRP: $9.99
ORDER WISH LIST