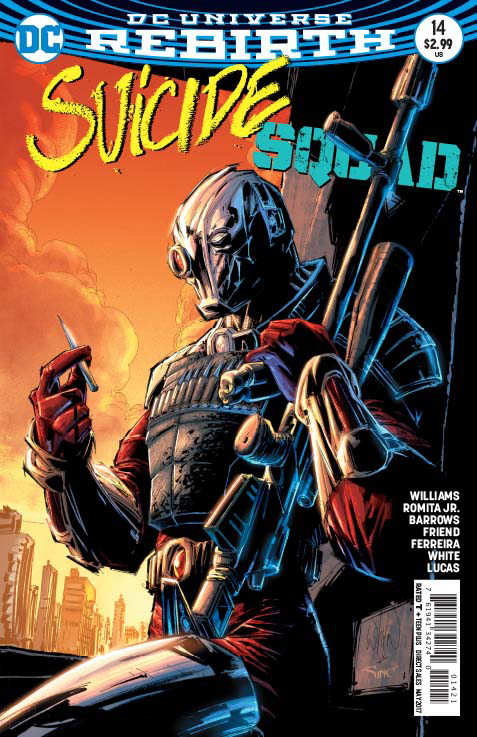 JAN170302
(W) Rob Williams (A) John Romita, Danny Miki (CA) Whilce Portacio
"BURNING DOWN THE HOUSE" part four! Consumed by rage following the brutal murder of one of her Suicide Squad comrades, Harley Quinn goes AWOL on a one-(psychotic-)woman mission of vengeance against Rustam and his unstoppable new ally, the most dangerous foe Harley has ever faced: Deadshot.
In Shops: Mar 22, 2017
SRP: $2.99
View All Items In This Series