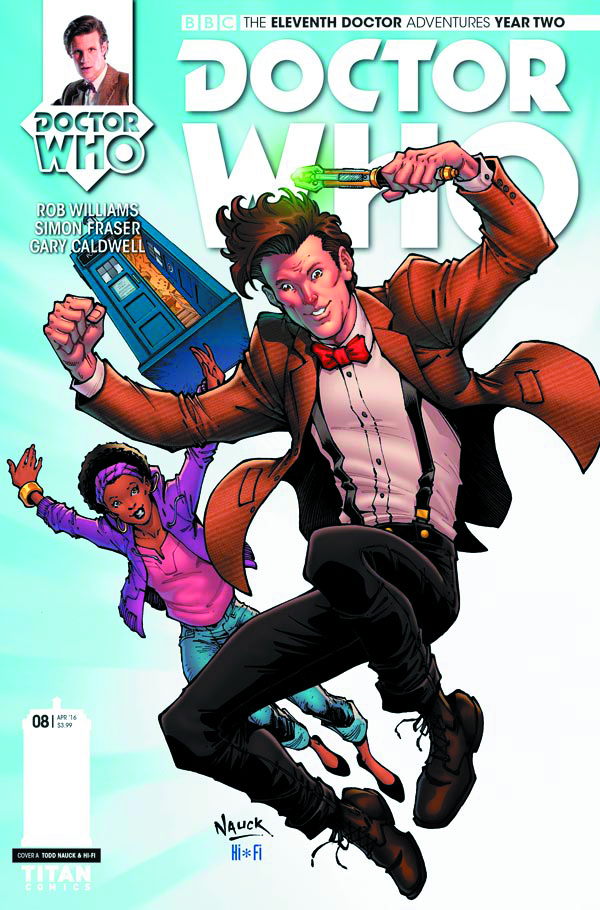 JAN161653
(W) Simon Spurrier (A) Warren Pleece (CA) Todd Nauck
Abslom confesses a Daak secret. Alice develops a bond. The Squire recovers a memory. And the Doctor discovers the horrific truth about how The Then and The Now has been tracking them - and he doesn't like it one bit. As the universe closes in around them, is escape even possible?
In Shops: Apr 20, 2016
SRP: $3.99
View All Items In This Series
ORDER WISH LIST