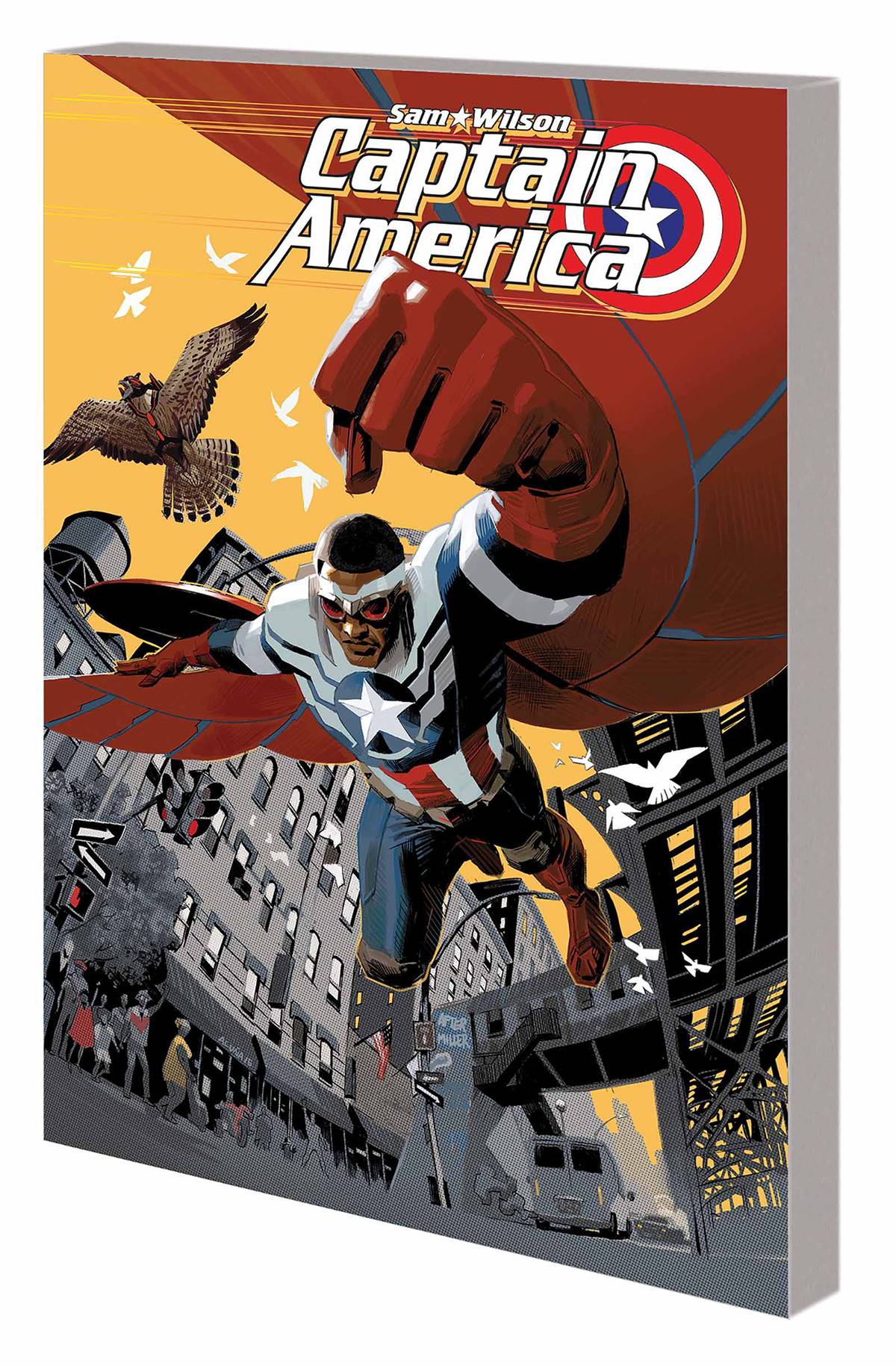 #
JAN160932
(W) Various (A) Various (CA) TBD
When Steve Rogers was restored to his natural age, he chose one of his closest and most trusted allies to take up his shield: Sam Wilson, formerly the Avenger known as the Falcon! But Sam isn't Steve - and after recent events, he's on the outs with both his old friend and S.H.I.E.L.D. What could have sent the high flying new Cap's approval rating plummeting so dramatically? Things get slithery when the vile Sons of the Serpent make the scene, and you'll howl at the glorious return of fan-favorite Cap-Wolf - well, Fal-Cap-Wolf! But what other horrors await in the dungeon of Doctor Malus? And who will be the All-New, All-Different Falcon? The headline-making Sam Wilson is a Captain America for today! Collecting CAPTAIN AMERICA: SAM WILSON #1-6.
Rated T
In Shops: Apr 20, 2016
SRP: $17.99
View All Items In This Series
ORDER WISH LIST