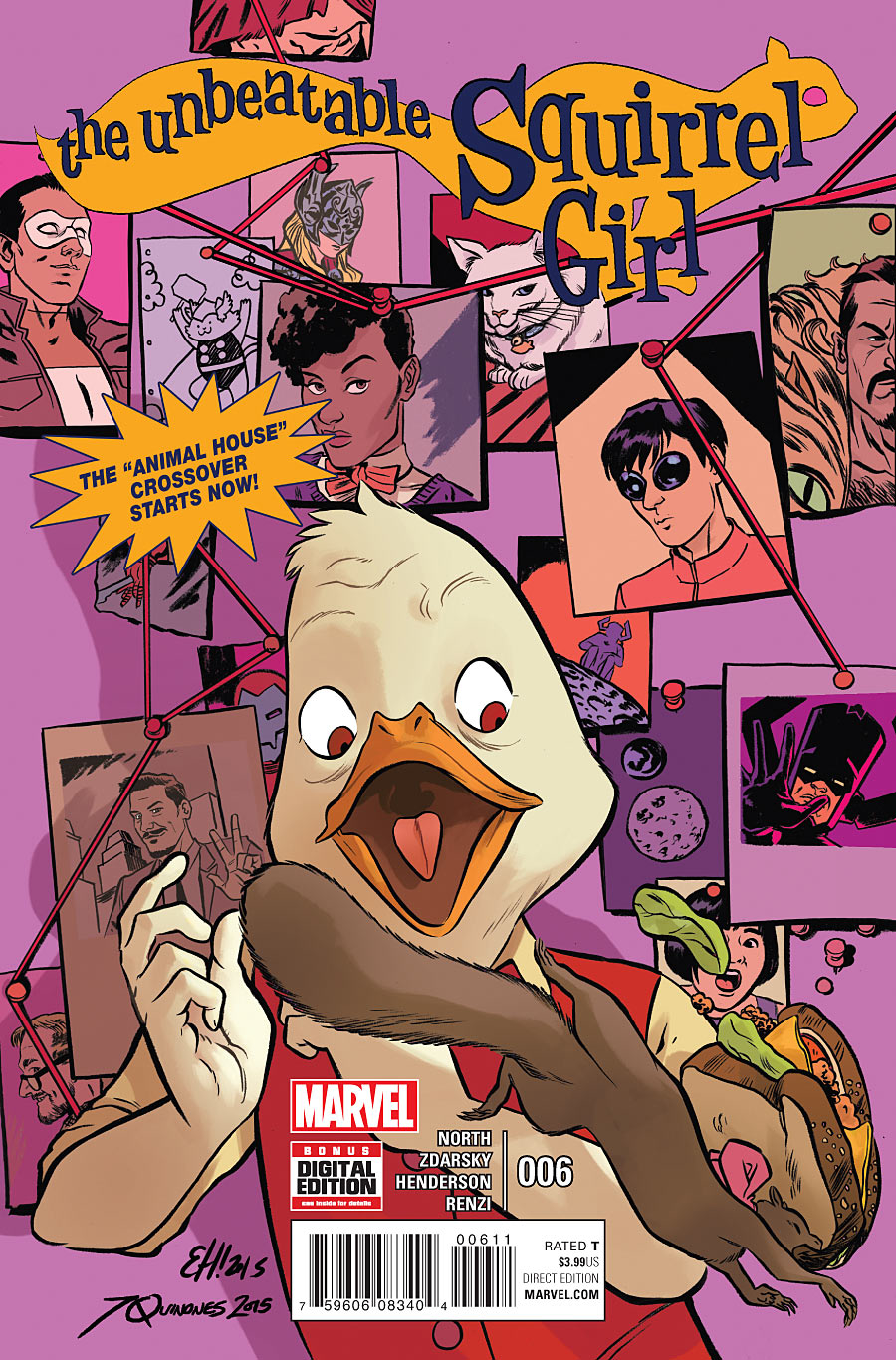 JAN160879
(W) Ryan North, Chip Zdarsky (A/CA) Erica Henderson, Joe Quinones
PART ONE OF "ANIMAL HOUSE," A CROSSOVER WITH HOWARD THE DUCK!
•  Squirrel Girl and Howard will team up against an enemy that neither Squirrel Girl (who has defeated Galactus) or Howard the Duck (who has defeated... uh... well, listen, I'm sure he's got other qualities) could take down on their own!
•  Will they fight over a trivial misunderstanding? Will they band together against a common enemy? Will Squirrel Girl say "duck!" to mean "lower your head" but Howard will misinterpret it as a call for his attention, leading him to get hit on the head by something?
•  At least ONE of those three questions will be answered with a "yes" in this issue!
•  CONCLUDED NEXT MONTH IN HOWARD THE DUCK #6!
Rated T
In Shops: Mar 30, 2016
SRP: $3.99
View All Items In This Series