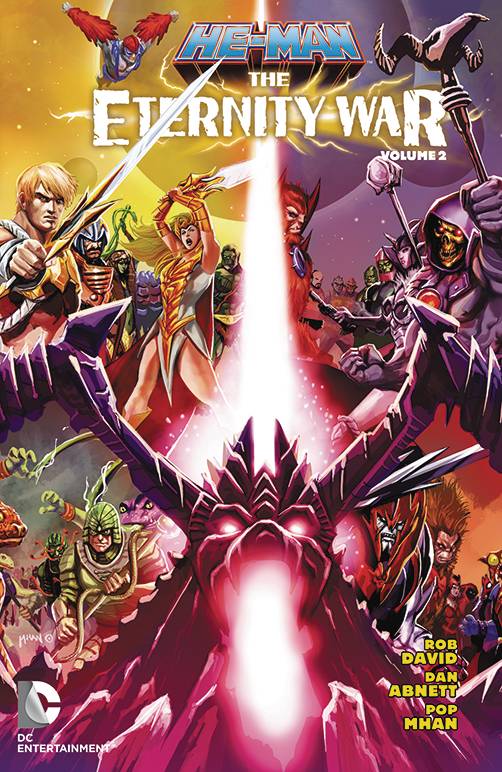 #
JAN160329
(W) Dan Abnett, Rob David (A) Edgar Salazar, Tom Derenick, Jason Gorder, Denis Freitas, Rob Lean (A/CA) Pop Mhan
As the Eternity War rages, Skeletor's past is brought to light. He-Man and She-Ra must find a way to halt his growing threat and fight for a peaceful future even as they are faced with Teela's fearsome premonitions of a universe doomed under Hordak's rule. Collects
HE-MAN: THE ETERNITY WAR #7-15.
In Shops: Apr 27, 2016
SRP: $17.99
View All Items In This Series
ORDER WISH LIST