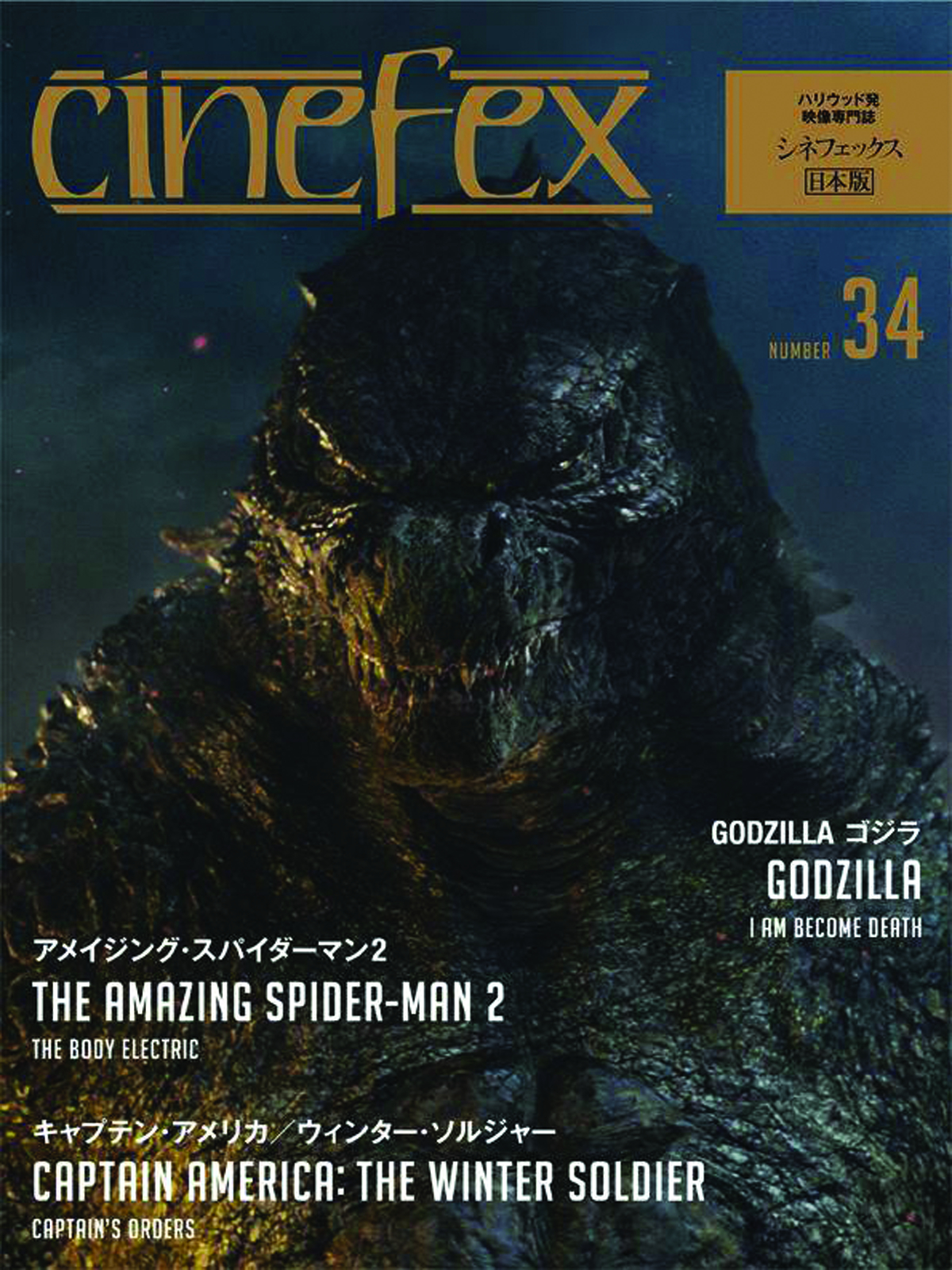 JAN151883
Cinefex, the premiere magazine of the special effects that power today's filmmaking, explores four of the most-anticipated films of the coming months. Based on a true story that inspired Herman Melville's Moby-Dick, Ron Howard directs In the Heart of the Sea, starring Chris Hemsworth. In The Hobbit: The Battle of the Five Armies, Bilbo Baggins (Martin Freeman) arrives at the climax of his adventure, leading a company of dwarves to the Lonely Mountain, where the dragon Smaug unleashes his wrath on the citizens of Lake-town and dark forces gather for an epic battle that threatens the future of Middle-earth. In the exotic science fiction fantasy Jupiter Ascending, a genetically engineered superman (Channing Tatum) arrives on Earth to help an unsuspecting young cleaning lady (Mila Kunis) meet her destiny as the leader of an intergalactic super race. District 9 director Neill Blomkamp offers Chappie, an action/thriller story about a robot child prodigy kidnapped by criminals and raised within their dysfunctional family.